"Don't Want To See Them As Zero": Mamata Banerjee On Left In Bengal

This will be the first time since Independence that there will be no Left or Congress members in the 294-seat Bengal assembly. 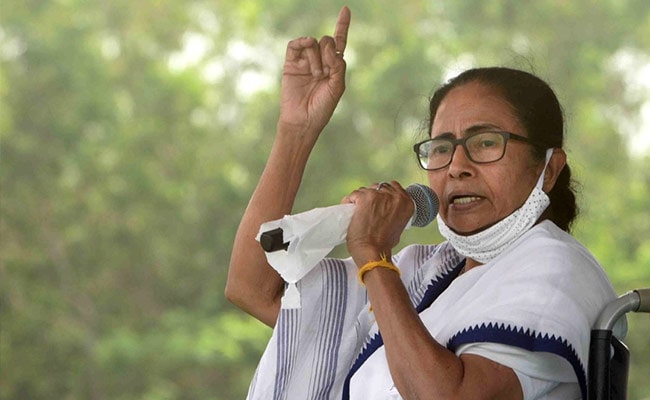 The Left Front -- all but wiped out in Bengal's political landscape in the current elections -- had sympathy on Monday from a most unexpected quarter. "I am opposed to them politically but I don't want to see them as zero," said Chief Minister Mamata Banerjee -- comments unexpected from a woman who dislodged the Left Front's 34-year rule after spending a chunk of her political career on it.

"If they had won seats instead of BJP it would have been good," added Ms Banerjee, indicating that she preferred the Left to the BJP in the opposition benches of the state Assembly.

Then came the sting. "In their over zealousness to favour the BJP, they have sold themselves and become a signboard. They have to think about this," the Chief Minister said.

This will be the first time since Independence that there will be no Left or Congress members in the 294-seat Bengal assembly. The parties - which dominated the state politics for the longest time - have now ceded their space to the BJP.

In the assembly poll results declared on Sunday, the BJP won 77 seats. The remaining 213 went to Mamata Banerjee's Trinamool Congress, giving her a third straight term.

The Left leaders have called the party's performance a catastrophe. Many have admitted that the tie-up with Islamic cleric Abbas Siddiqui was a mistake.

Faced with the possibility of a BJP victory in the state, the Muslims have voted en masse for Mamata Banerjee, even in districts like Malda and Murshidabad, that was a Congress stronghold.

Many Left leaders contended that Bengal saw an anti-BJP vote which consolidated around the Trinamool Congress.

The focus, they said, was on the BJP and the Trinamool, which projected itself as the only alternative, had reaped the benefits.

They say they focused more on the BJP and that was advantage Trinamool as the TMC projected itself as the only alternative to the BJP.

"It's a catastrophe. One autocrat has registered her victory over another autocrat... The common people thought to resist the BJP the Trinamool is the only alternative. Our combination with Abbas Siddiqui did not yield the desired result," said Manoj Bhattacharya, leader of the Revolutionary Socialist Party.

But it was the party's alliance with the Congress - devised in 2016 and opposed tooth and nail by the Central leaderships of each - that led to the big disillusionment of the hardcore Left supporters.  The two parties have spent decades being bitter opponents - indeed they were still so in Kerala.

Moreover, the 35-year Left rule had practically destroyed the Congress's grassroot support system and any alliance with it would prove expensive for the Left, many believed.

But the party's state president known for his dislike of Mamata Banerjee blamed her for polarisation, especially in his party's strongholds where the Congress lost.

"In Murshidabad and Malda Hindus voted for BJP and Muslims voted for Trinamool. It was a completely communal campaign by Mamata Banerjee," said Adhir Choudhury, who is the state party president.