To stay Chief Minister, Mamata Banerjee has to contest by-polls and become a member of the state legislative assembly within six months. 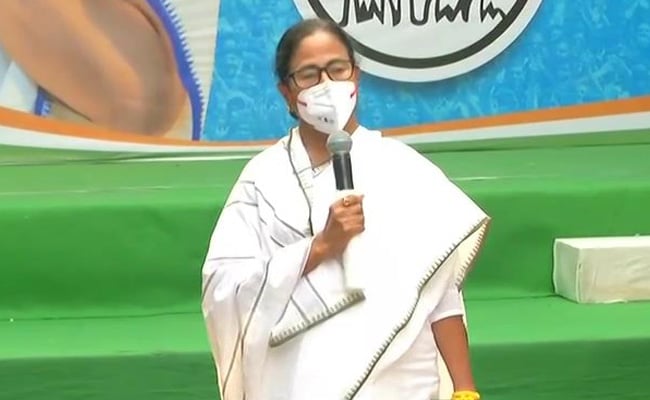 Mamata Banerjee will contest from Bhawanipore in Kolkata to secure her post.

Mamata Banerjee, who swept the Bengal election but lost her own contest in Nandigram, is set to return to the seat she gave up in favour of challenging her former aide Suvendu Adhikari in his stronghold.

The Trinamool MLA who won from Bhawanipore, Shobhandeb Chattopadhyay, resigned from the Bengal assembly this afternoon to enable his party boss to contest from the seat.

"Mamata Banerjee will fight from Bhawanipore in the coming six months," Mr Chattopadhyay told NDTV before handing in his resignation to Assembly Speaker Biman Bandopadhyay. He will continue as state Agriculture Minister for six months, during which time he will contest from another seat to return to the assembly.

Mamata Banerjee's landslide victory in the Bengal election to win a third straight term was tempered by her own loss in Nandigram by a narrow margin to the BJP's Suvendu Adhikari, her former lieutenant.

To stay Chief Minister, Mamata Banerjee has to contest by-polls within six months and become a member of the state legislative assembly.

Article 164 of the constitution says a minister who is not an MLA within six months has to resign.

Weeks after Mr Adhikari quit the Trinamool, Mamata Banerjee had declared at a rally on January 18 that she would contest from Nandigram instead of Bhawanipore, which sent her to the assembly in 2011 and 2016.

Mamata Banerjee is also a voter in the Bhawanipore seat.

"I will contest from Nandigram. Nandigram is my lucky place," she had said at the rally and urged voters of Bhawanipore to understand her decision.

"Nandigram is my big sister, Bhawanipore is my younger sister...I will fight from both if possible. In case I am unable to contest from Bhawanipore, someone else will contest."

During the campaign, several BJP leaders, including Prime Minister Narendra Modi, taunted her about "contesting from a second seat" and questioned whether she was nervous about losing in Nandigram. Ms Banerjee strongly rebutted the possibility.

Shobhandeb Chattopadhyay, 80, won in 2016 from the neighbouring Rashbehari seat and was state Power Minister in the previous term. This time round, Ms Banerjee chose him for Bhawanipore against BJP's actor-politician Rudranil Ghosh. He defeated Mr Ghosh by a big margin.