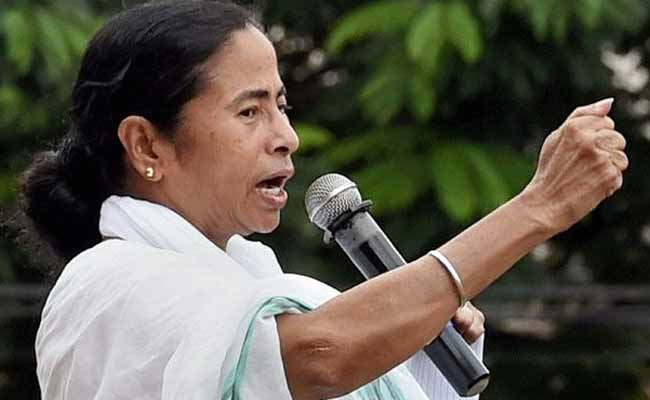 West Bengal Chief Minister said that her government was against the Dadri incident in which a man was lynched by a mob over rumours that he had consumed cow meat.

Hoogly, West Bengal: West Bengal Chief Minister Mamata Banerjee today said food and religion are matters of individual choice and no one can dictate what one should eat, adding that the "biggest" duty of governments is to protect the religious freedom and rights of minorities.

"We are against the Dadri incident, we don't support it. Who are you to dictate what should one eat... It's a matter of my choice. If I have the right to eat fish, you have the right to eat meat as well. Whatever you eat, beef or chicken, is your individual choice," Ms Banerjee told a gathering of members of the Muslim community at Furfura Shariff in Hoogly.

"Many minorities, Christians, tribals consume beef. It is their choice. Who are you to stop them! We are all citizens of this country. The Constitution has given us some basic rights. It's a secular country," she said.

The Chief Minister made an all-out effort to reach out to minorities ahead of the upcoming Assembly polls and said, "The biggest duty is to protect you people... to preserve your religious rights and freedom. I believe that just like I have my own freedom of religion, you people too have your freedom of religion."

On Bollywood stars Shah Rukh Khan and Aamir Khan facing criticism over their comments on intolerance, she said, "All of a sudden if someone is asked to leave the country or banished from the country, this is not right.

The Trinammol Congress chief said she was shocked by the cancellation of Pakistani singer Ghulam Ali's event in Maharastra following threats from Shiv Sena.

"An artist came to perform in Mumbai. He was stopped from performing. I was shocked. I urged him to come to Bengal and perform," Ms Banerjee said.