The Bombay High Court had on Tuesday rejected Lt Col Purohit's plea to restrain the trial court from framing charges against him and other accused persons in the case. 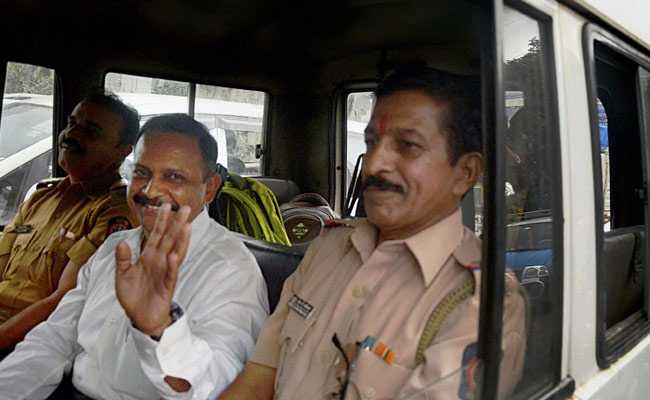 A trial court in Mumbai today deferred framing of charges against Lt Col Prasad Shrikant Purohit and other accused persons in the 2008 Malegaon blast case.

Special judge, National Investigation Agency or NIA court, Vinod Padalkar deferred the framing of charges after Purohit and other accused raised objections on the validity of sanction for their prosecution under the Unlawful Activities Prevention Act (UAPA).

One of the accused, former Major Ramesh Upadhyay, argued that first it should be decided whether the UAPA is applicable on them, before the trial commences.

The judge adjourned the matter and said the court will hear arguments of all the accused on this from next Monday. The arguments will be heard on a day-to-day basis, starting with Lt Col Purohit, the judge said.

The Bombay High Court had on Tuesday rejected Lt Col Purohit's plea to restrain the trial court from framing charges against him and other accused persons in the case.

In his plea, Lt Col Purohit had urged the high court to stay the framing of charges until the issue of his sanction of prosecution was decided by the high court.

The high court had on December 18 last year refused to quash the government sanction for Lt Col Purohit's prosecution. He then approached the Supreme Court that refused to intervene in the case on April 20.

A prior sanction for Lt Col Purohit's prosecution is required since he was a serving Army officer at the time.

The sanction was issued on January 17, 2009 by the additional chief secretary of the Maharashtra Home department.

Six people were killed and nearly 100 injured when an explosive device strapped to a motorcycle went off near a mosque at Malegaon, a town in Maharashtra's Nashik district, on September 29, 2008.

On December 27, 2017, the special NIA court had dismissed the pleas filed by Lt Col Purohit, his co-accused Sadhvi Pragya Singh Thakur, and six others seeking discharge from the case.

The court, however, gave them partial relief by dropping all charges against them under the stringent Maharashtra Control of Organised Crime Act (MCOCA).

Their appeals against this order are pending before the high court.