The officials say Major Gogoi was shifted out of his unit in Budgam and "attached" to Awantipora-based Victor Force headquarters. 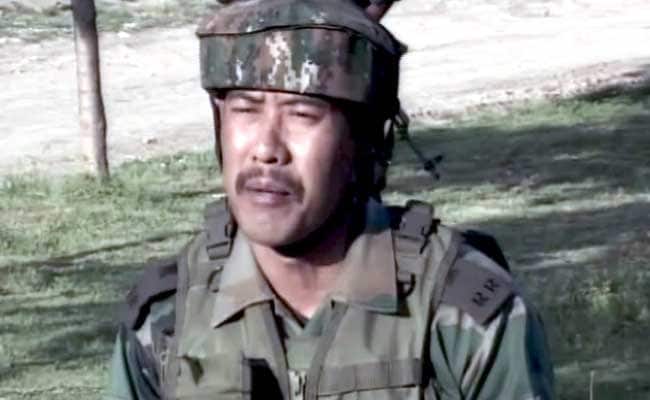 Major Gogoi was commissioned as a lieutenant in December 2008. (File)

The Army shifted Major Leetul Gogoi, who was at the centre of the 'human shield' controversy, out of his unit and attached to local formation headquarters after being indicted by an Army Court of Inquiry (CoI) for "fraternising" with a local woman in Srinagar, officials said today.

Last month, the CoI instituted by the army indicted Major Gogoi, an officer with 53 Rashtriya Rifles - a specialised anti-militancy force for Jammu and Kashmir, on two counts - "fraternising" with a local in spite of instructions to the contrary and "being away from the place of duty while in operational area".

It recommended Summary of Evidence against him, a step before court martial proceedings are initiated.

The officials said Major Gogoi was shifted out of his unit in Budgam and "attached" to Awantipora-based Victor Force headquarters.

The officer, whose decision to tie a civilian to the bonnet of his vehicle in Kashmir on April 9 last year as a shield against stone-pelting by a mob had kicked up a huge controversy, will now face Summary of Evidence, a process similar to framing of charges. The process is likely to take three months.

The GCM is like a full court whereas the proceedings in SGCM are conducted in a much shorter time span and cases are disposed of quickly.

Major Gogoi, who was commissioned as a lieutenant in December 2008, was detained by Jammu and Kashmir police on May 23 following an altercation at a hotel in Srinagar where he was allegedly trying to enter with an 18-year-old woman.

Army Chief General Bipin Rawat had supported the young officer's action and honoured him with the Army chief's 'Commendation Card' for his 'sustained efforts' in counter-insurgency operations.

However, after the name of the Major was embroiled in a controversy involving a girl, Gen. Rawat said exemplary punishment would be given to Major Gogoi if he was found guilty of "any offence".

"If any officer of the Indian Army is found guilty of any offence, we will take strictest possible action," he had said.