The teachers have attached the prefix "driver" to their names on the social media platform, saying that this was the best way to protest Siddhartha Bhattacharyya's recent remark comparing the TET pass certificate with a driving licence. Contractual teachers appointed through the Teachers Eligibility Test (TET) in Assam over the years are so annoyed with State Education Minister Siddhartha Bhattacharyya that they have taken a page out of Prime Minister Narendra Modi's "Main Bhi Chowkidar" campaign to register their protest.

They have attached the prefix "driver" to their names on social media platforms, saying that this is the best way to protest Siddhartha Bhattacharyya's recent remark comparing the TET pass certificate with a driving licence.

The State Minister made the remark during a programme aired on All India Radio last Thursday, when a contractual teacher asked him when their employment would be regularised. He claimed that teachers who came in through TET are required to renew their pass certificate from time to time, just like drivers renew their licences, to keep their jobs.

Siddhartha Bhattacharyya, who has been getting trolled on social media since then, was not available for comment. 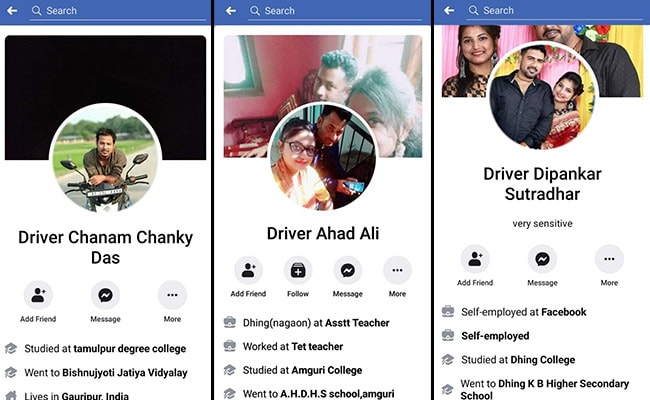 Many contractual teachers added the "driver" prefix to their names on social media to protest Siddhartha Bhattacharyya's remark.

Although regularisation of contractual teaching jobs was a key promise of the BJP in the run-up to the 2016 assembly elections, about 41,000 such teachers in the state are still awaiting its fulfilment.

The eligibility test was first held in 2012 by the Tarun Gogoi-led Congress government for appointing teachers to lower and upper primary schools. As many as 52, 772 candidates cleared it, following which 26,100 were granted employment. Nearly half of them were later regularised in a phased manner.

Himanta Biswa Sarma, the present Health and Finance Minister of Assam, was in charge of the education portfolio back then. He joined the BJP in 2015.