The only person who emerged unscathed from the accident on the early morning of July 28 was Prakash Sawant-Desai, an Assistant Director with the BSSK university. 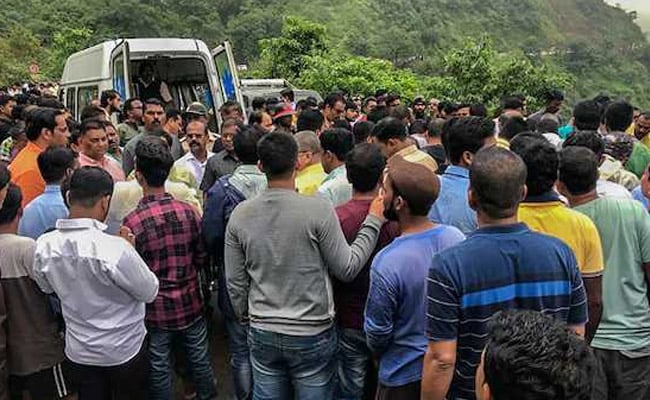 Prakash Sawant-Desai also said he managed to survive by jumping out of the falling bus.

A month after 30 staffers of BSKK University were killed when their bus plunged into a 600-feet deep gorge, the sole survivor of the tragedy has been sent on ''long leave'' for an indefinite period, a top official said on Thursday.

"The decision has been taken by the university administration. This is pending the submission of a report of the enquiry instituted by us into the incident," Deputy Registrar AS Pawar of Dr. Balasaheb Sawant Konkan Krishi Vidyapeeth told IANS.

The only person who emerged unscathed from the accident on the early morning of July 28 was Prakash Sawant-Desai, an Assistant Director with the university.

On Tuesday, around 250 angry relatives of the staffers who died in the accident staged a noisy protest in the university campus at Dapoli, demanding dismissal or suspension of Prakash Sawant-Desai.

Sensing their aggressive mood, the university sent Sawant-Desai on long leave till the outcome of the internal probe into the tragedy.

Police have already questioned the survivor but have not unearthed anything suspicious.

Some relatives told mediapersons that Prakash Sawant-Desai was allegedly driving the bus when it was crossing the treacherous Ambenali Ghats at Poladpur, en route to the famed Mahabaleshwar hill station where the staffers were proceeding for their annual picnic.

Suddenly, the bus slipped off the ghat roads and plunged into the gorge, killing 30 - barring Prakash Sawant-Desai.

The official later said that he climbed up the hills taking support of small trees and bushes, reached the top and then informed the university authorities of the disaster.

Prakash Sawant-Desai also said he managed to survive by jumping out of the falling bus, grabbed a tree branch to which he hung on before clambering up to the road, more than three hours after the plunge.