The Maharashtra trader alleged that the protesters asked him to close his shop, when he refused, they became violent and tried to damage his property. 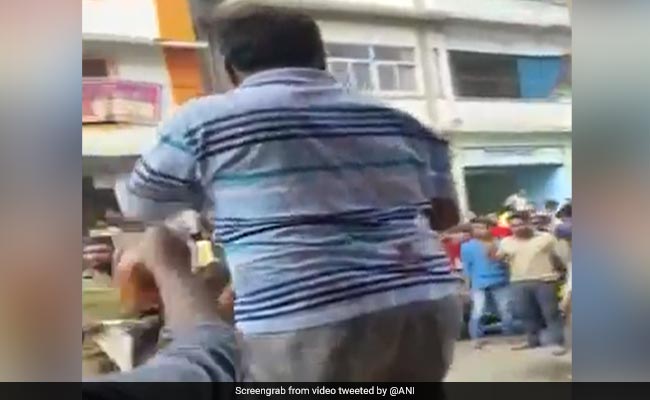 The protesters tried to close down shops of the traders in Maharashtra's Yavatmal.

A trader in Maharashtra's Yavatmal threw red chilli powder on protesters who tried to close down his shop on "Bharat Bandh" and tried to damage his property.

"Like always, I opened my shop at 9 am. Some people came and asked me to close it. I told them that I support Citizenship Amendment Act (CCA), then why should I close my shop. They became violent and tried to damage my property. I protested against that. After some time, police came and they ran away," Kishore Poddar, the trader said.

The protesters also tried to close down shops of the traders in Yavatmal. The traders reacted to this and got together at Sardar Chowk to show their disapproval.

#WATCH A shopkeeper in Yavatmal uses Red Chilli powder to stop the agitators protesting against CAA, NRC and NPR from shutting her shop today during Bharat Bandh called by multiple organisations. #Maharashtrapic.twitter.com/32aE3JaReU

Later, the traders took out a march and got the shops opened which had been closed by the protesters.