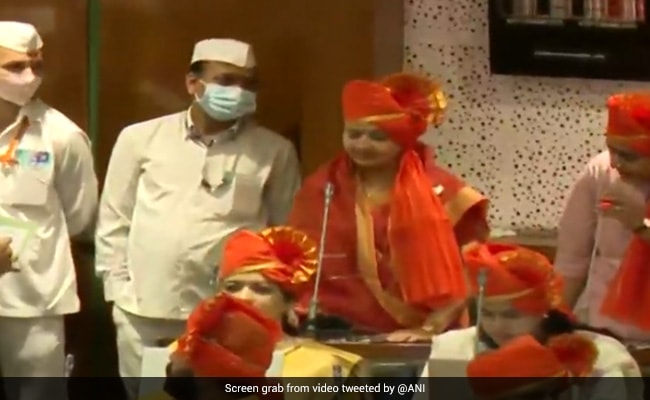 The opposition taunts were made in the wake of Ms Jadhav's husband Yashwant Jadhav, a Shiv Sena leader and former chairman of the Brihanmumbai Municipal Corporation's standing committee, coming under the radar of the Enforcement Directorate in connection with alleged violations of the Foreign Exchange Management Act recently.

Earlier in April this year, the Income Tax department had attached as many as 41 properties including a flat worth ₹ 5 crore allegedly belonging to Mr Jadhav in connection with an alleged tax evasion case.

A few weeks ago, Shiv Sena leader Sanjay Raut had alleged that the Bharatiya Janata Party (BJP) was using central agencies to put pressure on independents and smaller parties to vote in favour of the BJP candidates.

"If the ED's control is given to us for two days, then Devendra Fadnavis too will vote for us," Mr Raut had said.

Meanwhile, BJP legislator Rahul Narvekar easily went past the majority mark with 164 votes. Mr Narvekar was up against Shiv Sena MLA Rajan Salvi of the Uddhav Thackeray team who got 107.

Earlier, the two Shiv Sena factions, one headed by former chief minister Uddhav Thackeray and the other led by Eknath Shinde, issued whips asking the MLAs to vote for their respective Speaker candidates.

The post of Speaker in the Maharashtra Assembly had been lying vacant since Congress' Nana Patole resigned in February 2021 to become the party's state unit president. Deputy Speaker Narhari Zirwal had been functioning as the Deputy Speaker.

"Something Else That Hurts Him More": Devendra Fadnavis Jabs Sharad Pawar