19 Killed, 11 Missing Due To Heavy Rains In Maharashtra

Caught in a thunderstorm, six people were killed as they took refuge under a tree in Jalgaon, a Maharashtra Disaster Control Authority official said. 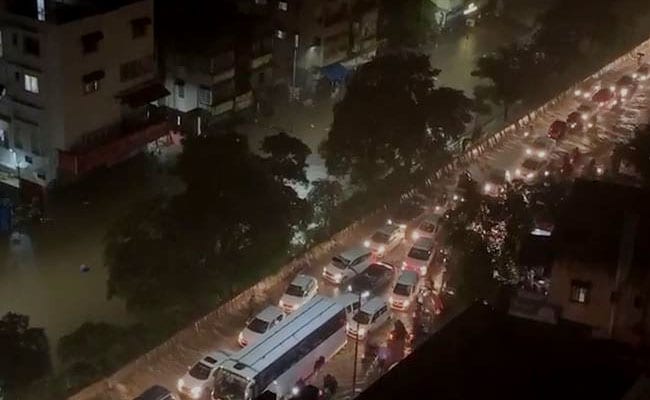 At least 19 persons have been killed and 11 missing in various rain-related incidents in Pune, Jalgaon and Nashik since late Wednesday, officials said today.

According to the state and district disaster management authorities, at least five persons were washed away in flood waters in the Khed-Shivapur area on Pune-Bengaluru Highway. Three bodies were recovered from a well in the downstream region early today and a hunt is on for the others.

A building compound wall crashed in Arnyshwar Complex killing six more, while some others were feared trapped under the debris. While two bodies have been recovered, search is on for the remaining persons.

Caught in a thunderstorm, six people were killed as they took refuge under a tree in Jalgaon, a Maharashtra Disaster Control Authority official told IANS.

Two persons were found dead in cars that were washed away in the flood waters in Kondwa and Saswad areas.

An autorickshaw driver was killed due to electrocution in a flooded area of a village on the outskirts of Nashik today, police said.

As flood waters rose, more than 15,000 people were evacuated from Baramati tehsil, and others from different areas like Sinhgad, Dhanakwadi, Balajinagar, Ambegaon, Sahakar Nagar, Parvati Nagar, Kolhewadi and Kirkatwadi.

In many areas, panicked residents took refuge on upper floors or terrace as flood waters gushed into ground floor residences.

Chief Minister Devendra Fadnavis said that two National Disaster Response Force (NDRF) teams are deployed each in Baramati and Pune, while a fifth team was on its way to Baramati and that the flood situation is being closely monitored.

He also spoke with Baramati legislator and former Deputy Chief Minister Ajit Pawar and promised full help to the flood-affected.

State Congress President Balasaheb Thorat said a very grim situation has arisen due to Pune floods and resulted in loss of lives.

"I urge the state government to take immediate measures to bring relief to the people in this crisis," Thorat told mediapersons.

Since last night, Pune City and district has been lashed by more than 16 cm of torrential downpour, with forecast of more rain in the next 24 hours.

Officials said this is a record rainfall hitting the district in the past 10 years, flooding many areas in a very short period.

Normal life has been crippled in the state's cultural, academic and IT capital since yesterday as most people preferred to remain indoors under heavily overcast skies and non-stop rain.

An estimated 200-plus big and small vehicles were washed away in the floods in the city and outskirts, besides tonnes of rubbish piling up in different areas.

Local officials said around 150 homes have been damaged, rendering hundreds of families homeless.

In view of rising water levels, flooding in many areas, Pune Collector Naval Kishore Ram has declared a holiday today for all schools and colleges in Pune city and neighbouring areas of Purandar, Baramati, Bhor and Haveli.

Water discharge of at least 13,000 cusec is slated from the flooded Khadakwasla Dam near the city and the Pune Municiapl Corporation has evacuated around 500 people. Similarly, the water discharge from Nazare Dam in Purandar was increased to 85,000 cusec.

Traffic on the highways linking Pune with Mumbai, Nashik, Bengaluru was hit due to rain and at least two incidents of landslides on the Pune-Satara highway.

(Except for the headline, this story has not been edited by NDTV staff and is published from a syndicated feed.)
Comments
Maharashtra RainsHeavy Rains MaharashtraPune Rains