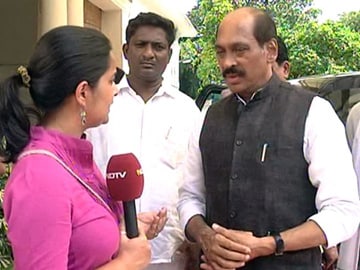 New Delhi: A day after the Nationalist Congress Party (NCP) said it would settle for nothing less than a 50-50 partnership over contesting seats in next month's Maharashtra assembly elections, its ally, the Congress, said that this wasn't possible.

Speaking to NDTV after the Congress screening committee meeting in New Delhi, Congress state President Manikrao Thakre said, "There is no question of us accepting the 50-50 formula. We fought on 174 seats last time. We discussed these in detail. We have also discussed the remaining 114 seats."

The names discussed will be sent to the election committee which will then take a final call on the names of the candidates even as the party's top leadership is expected to meet soon to discuss seat sharing.

On Monday, NCP leader and Maharashtra's deputy chief minister Ajit Pawar had said that the party wants to contest 144 seats, which is half of the total strength of 288 in the Assembly. The NCP had contested 114 seats in 2009.

Promoted
Listen to the latest songs, only on JioSaavn.com
The Congress and the NCP coalition government has ruled Maharashtra for 15 years and faces its biggest battle yet, even as the Shiv Sena and the BJP labour over their own seat sharing formula.