Maharashtra Government Formation Highlights: Sena-NCP-Congress Letter To Be Given To Governor On Saturday, Says Sanjay Raut

Congress interim President Sonia Gandhi had been reluctant to join hands with the Shiv Sena, which has for years targeted the party and maintains a pro-Hindutva stand. 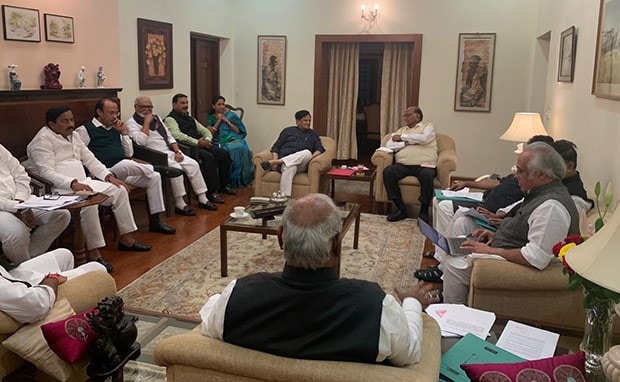 After weeks of negotiations, the Shiv Sena, Nationalist Congress Party and Congress seem to have cleared the obstacles that hindered the three parties from joining hands and forming government in Maharashtra. The Shiv Sena's Sanjay Raut said letters of support from the MLAs of all three parties will be handed over to the Governor on Saturday. A joint meeting of the Sena, NCP and the Congress will take place in Mumbai to finalise the alliance. Sena chief Uddhav Thackeray and NCP's Sharad Pawar are likely to join the meeting for discussions on power sharing.

Congress's top decision-making body met at party chief Sonia Gandhi's home this morning to discuss the possibility of being part of the government in the state. Sources say Sonia Gandhi was advised to "go ahead" with the Maharashtra alliance, despite her reservations, and told that the "greater enemy, in order to fight communalism, is the BJP". Final talks may take place in Mumbai.

Sena's Sanjay Raut, who has been the face of the party over the last weeks, later gave a rough time frame, saying the state could have a government after the negotiations are over in "two to five days".

Congress interim President Sonia Gandhi had been reluctant to join hands with the Shiv Sena, which has for years targeted the party and maintains a pro-Hindutva stand.

Shiv Sena fell out with long-time ally BJP after the two won the Maharashtra election together.

Here are the highlights on developments over Maharashtra government formation:

Shiv Sena MPs will meet at the Thackerays' residence Matoshree in Mumbai on Friday. Earlier in the day, the Congress and the NCP held separate meetings with its top central and state leaders. They have also been in touch with Shiv Sena chief Uddhav Thackeray.

"Congress and the NCP have discussed all issues. There is complete unanimity between the two parties": Prithviraj Chavan, Senior Congress leader #Maharashtragovernmentformationpic.twitter.com/UI8Xn3vfOG 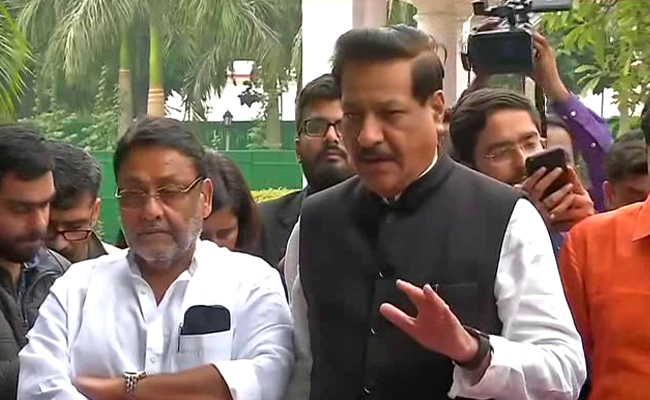 "Discussions completed on all issues. We will go to Mumbai tomorrow, we'll have a meet with out pre-poll alliance partners, and after that, we will follow it up with Cong-NCP-Sena discussions. As soon as they are completed, the media will be briefed on architecture of proposed alliance," Prithviraj Chavan
Nov 21, 2019 12:43 (IST)
Uddhav Thackeray and Sharad Pawar are likely to attend the joint  meetings that will take place in Mumbai, where power sharing and other formalities will be discussed. Sources tell NDTV that most of the obstacles have been cleared and the three parties could join hands and form the government by Sunday.
Nov 21, 2019 12:11 (IST)
Maharashtra came under President's Rule after all the parties failed to form a government in the state. The BJP, which emerged as the single largest party, could not stake claim to form a government as its ally Shiv Sena remained firm on rotating the Chief Minister's post and equal sharing of Cabinet berths. Shiv Sena is trying to cobble an alliance with the NCP and the Congress to form an alliance in the state. The BJP won 105 seats in the 288-member assembly followed by Shiv Sena 56, NCP 54 and Congress 44.
Nov 21, 2019 12:01 (IST)
Sonia Gandhi advised to "go ahead" at CWC meet on Maharashtra, sources say 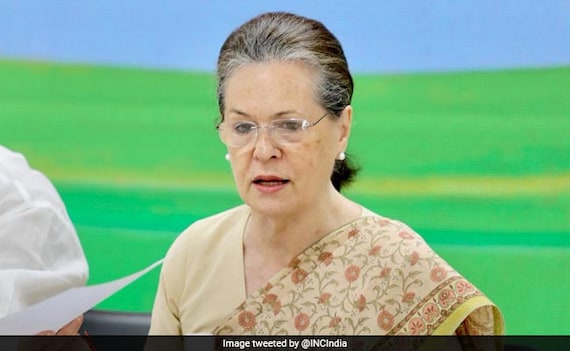 The Congress's top decision-making body met at party chief Sonia Gandhi's home this morning to discuss the possibility of being part of the government in the state. Sources say Sonia Gandhi was advised to "go ahead" with the Maharashtra alliance, despite her reservations, and told that the "greater enemy, in order to fight communalism, is the BJP". Final talks may take place in Mumbai.
Nov 21, 2019 11:43 (IST)

On Wednesday, Congress leaders including Ahmed Patel, Jairam Ramesh and Mallikarjun Kharge had briefed party interim president Sonia Gandhi about their meeting with NCP chief Sharad Pawar. After briefing Gandhi, the three Congress leaders again returned to Pawar's residence. According to reports, the Congress and NCP leaders also held talks with Shiv Sena leadership over the phone and got a positive response.
Nov 21, 2019 11:28 (IST)
The Congress-NCP leaders are also scheduled to hold meetings with the Shiv Sena leadership tomorrow in Mumbai, after which the announcements related to government formation might be made.
Nov 21, 2019 10:31 (IST) 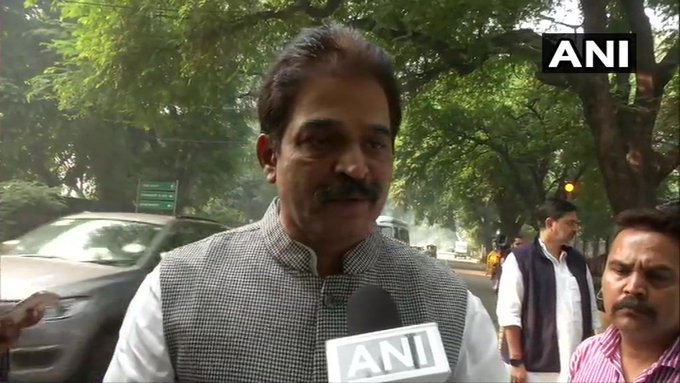 "We have apprised the CWC members of the latest political situation in Maharashtra. Today, Congress-NCP discussion will continue. I think, tomorrow, we will probably have a decision in Mumbai," Congress leader KC Venugopal was quoted as saying by news agency.
Nov 21, 2019 10:11 (IST)
"The Congress Working Committee today discussed and decided what steps need to be taken ahead. We will now take steps as decided in the meeting," says senior Congress leader Mallikarjun Kharge.
Nov 21, 2019 09:43 (IST)

Maharashtra Government Formation: Why Sonia Gandhi Has Kept Shiv Sena Waiting Despite Pressure From Within
Just when it seemed to be coming around to the idea of backing the Shiv Sena in forming government in Maharashtra despite their huge ideological mismatch, the Congress took a step back and said there was no decision yet. The Congress Working Committee (CWC), the party's top decision-making body, has authorized party president Sonia Gandhi to take the final call."
All eyes are now on Sonia Gandhi with Congress's ally Nationalist Congress Party (NCP) of Sharad Pawar stressing that it will decide on whether and how to support the Sena only when the Congress arrives at its decision.
"Whatever decision is to be taken will be taken only after discussions with the Congress," said Sharad Pawar, making it clear that the ball is in the court of the Congress. After a meeting of the NCP core group, a party leader repeated the statement.
Nov 21, 2019 09:22 (IST)
Congress top body meeting underway in New Delhi
The Congress Working Committee is meeting underway to discuss the possibility of government formation in Maharashtra. Congress interim President Sonia Gandhi had been reluctant to join hands with the Shiv Sena, which has for years targeted the party and maintains a pro-Hindutva stand.

An urgent meeting of Congress Working Committee will be held today, Thursday the 21st November, 2019 at 9.15 am at 10, Janpath, New Delhi. @INCIndia

Nov 21, 2019 09:18 (IST)
The Congress and the Nationalist Congress Party (NCP) have decided to continue their talks to decide the possibility of government formation with the Shiv Sena in Maharashtra. Both the parties will hold join meeting today also, senior Congress leader Prithviraj Chavan said.
MaharashtraPrithviraj Chavan