Nagpur, in Maharashtra's Vidarbha region, is located along the state's boundary with Madhya Pradesh, where most rivers are flowing above the danger mark and dams are full after days of heavy rainfall. 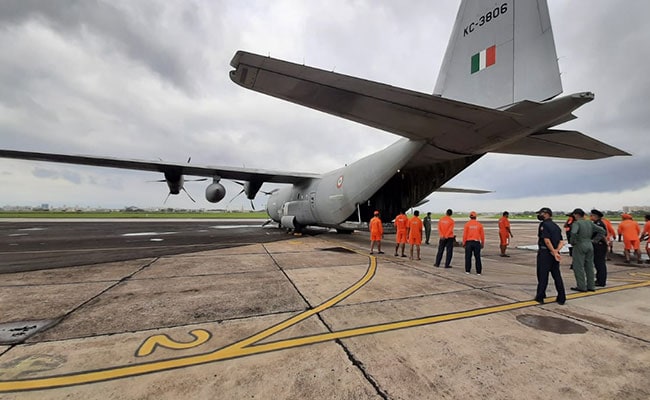 The NDRF teams will be deployed in Nagpur and Chandrapur districts of Maharashtra.

Four more teams of the National Disaster Response Force (NDRF) were airlifted from Pune and sent to Nagpur in view of the evolving flood situation in the rain-battered districts of Vidarbha division in Maharashtra.

Maharashtra's Vidarbha region - usually in news for droughts - is located along the state's boundary with Chhattisgarh and Madhya Pradesh, where most rivers are flowing above the danger mark and dams are full after days of heavy precipitation.

The continuous downpour has also caused flooding in many parts of Vidarbha, including Nagpur where Pench, Kanhan and Kolar rivers are flowing above the danger level, and gates of all major reservoirs have been opened.

With the weather department issuing a red alert for more rain in the region, its rivers are expected to swell further, inundating low-lying areas across states.

In preparation of the flood rescue operations, the four teams will be deployed in Nagpur and Chandrapur districts. This is in addition to the one team already deployed there.

Last week, the NDRF had positioned 16 teams in Maharashtra.

Earlier this month, August 5, Mumbai received its the heaviest spell of rain since 2005. The local trains, a lifeline for Mumbai's 20 million residents, were stopped and all offices, except emergency services are closed.

Across India, heavy rainfall and flooding come at a time when its states are struggling with coronavirus cases sending administrations into overdrive with the rescue and relief work amid the pandemic.