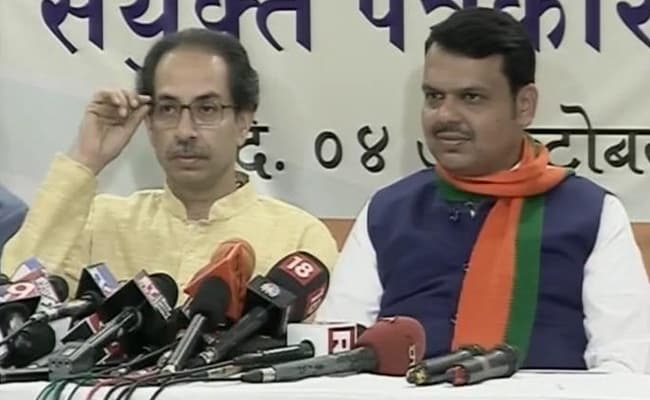 Uddhav Thackeray raised the 50:50 arrangement with the BJP after the eleciton results.

In Maharashtra, the impasse on government formation has entered 12th day after the BJP-Shiv Sena combine, which is comfortably past the 145-majority mark in 288-member Assembly, had a fallout over Sena's demand of "50:50 arrangement". Amid power tussle with the BJP, Sena has hinted an alliance with the NCP and Congress.

Sources, however, have told NDTV that Congress chief Sonia Gandhi has said her party won't support Sena in Maharashtra. Mr Pawar has indicated that he would hold another meeting with Ms Gandhi in near future.

On Monday, Shiv Sena leader Sanjay Raut also held a meeting with Maharashtra Governor and said Sena cannot be held responsible for the stalemate. "We kept our talk forward. He heard us. We just wanted to tell him that the government is not being formed, and for ensuing confusion, we are not responsible," Mr Raut told reporters after the hour-long meeting with Governor Bhagat Singh Koshyari.

The deadline to form government in Maharashtra ends on November 9.

Here are the live updates on Maharashtra government formation