Maharashtra state cabinet met on Tuesday and decided to set up a committee to study the issue of relief and disaster preparedness with the focus on impact of climate change.

Maharashtra is one of the first states in the country to keep climate change at the centre of its deliberations to come up with disaster relief and rehabilitation norms. The state cabinet met on Tuesday and decided to set up a committee to study the issue of relief and disaster preparedness with the focus on impact of climate change.

"We are setting up an experts committee and we are deciding on the names. This committee will look at how to prevent floods, taking into account the reality of climate change. I just mentioned the figures. It is unimaginable that in six days we get 700% rain and we have to prepare for this in the future," Chief Minister Devendra Fadnavis told reporters.

The state government is preparing for intense rain over a short period of time as it prepares new disaster management plans, particularly flood management.

"This experts committee will study how areas were flooded and how we can prevent such flooding. It will also look into what steps can be taken to tackle such heavy rainfall and this expert committee will help us take those decisions," Mr Fadnavis added. 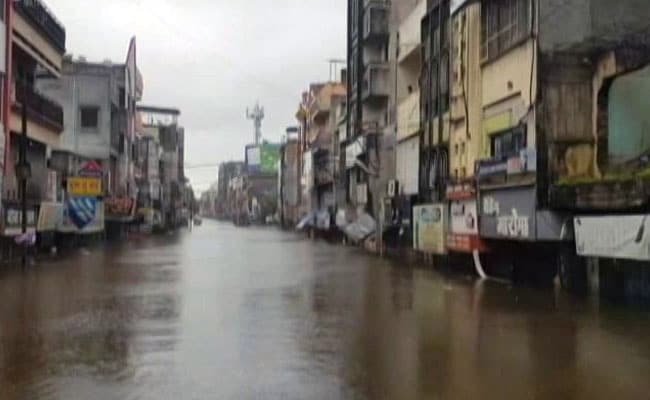 The committee will look at what new norms need to be adopted to tackle the unexpected weather patterns, suggest ways for water management in dams and how to tackle challenges of rehabilitation in areas that are cut off during floods.

They will also look at relief measures when highways, rail links and airports are shut.

According to weather experts there is evidence to show that there is an increasing trend of high intensity rainfall over a short span of time and that the phenomena is likely to occur again.

The 2005 deluge in Mumbai, the 2013 cloudburst followed by landslides and floods in Uttarakhand, the 2018 landslides in Kerala, all point towards a nationwide pattern, incidents triggered by extremely heavy rainfall.

The floods, this year, in different parts of the country are primarily being attributed to high intensity rainfall.

"Last year (2018) also we witnessed such rainfall activity. We all remember Kerala floods, recent floods in Bihar, dust storms, heavy snowfall in Jammu & Kashmir and these are the eye openers of the impact of global warming which leads to climate change. Experts say, when it comes to global warming the first signature is increased precipitation i.e. more rainfall. But the second line is also very important. It also says though the precipitation will increase the number of rainy days are likely to decrease. This means we are likely to get intense rainfall, sometimes extremely heavy rainfall at a given place," KS Hosalikar, Deputy Director General of Meteorology told NDTV.

Top ecologists in the state are also saying it all boils down to water management.

In a state ravaged by drought for successive years, water is precious and in Kolhapur and Sangli water was released from the Koyna, Radhanagri and Warna dams only after they were filled to capacity.

The water was not released when the dams were filling up within the first two months of monsoon. Officials feared that the dams may not fill up if there isn't enough rainfall.

Similarly, officials in Karnataka released water from the Almatti Dam only after Mr Fadnavis spoke to his Karnataka counterpart BS Yeddyurappa. The backwaters of Almatti dam are in Maharashtra and with water not being released the flood situation worsened in Kolhapur.

Climate change experts say it's too early to scientifically link freak weather incidents across the world, but it's certain that in India periods of prolonged drought followed by high intensity rainfall in a few days is a pattern now becoming worryingly familiar and authorities, both the Centre and state governments need to prepare for it.

However, there is evidence to suggest that these freak weather phenomena point to a larger problem and may be linked.

"It's a package which is moving around the globe. So whatever is happening in Siberia or Polar regions, Asia or South Asia, definitely these things are interrelated and it needs to be checked as to how this severe weather can forecasted well in advance so that we have some method by which the impact of this can be reduced," Mr. Hosalikar added.