The coronavirus outbreak and the resultant lockdown ha adversely affected the demand for milk. 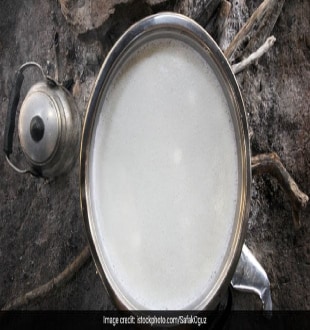 Facing losses in view of the COVID-19 pandemic, dairy farmers in Maharashtra launched an agitation on Tuesday to press for their various demands, including a hike in milk procurement prices, and spilled milk on roads at some places in protest.

With the coronavirus outbreak and the resultant lockdown adversely affecting the demand for milk, dairy farmers took to streets in parts of Maharashtra to highlight their plight and seek better price of their product to overcome financial losses.

Demonstrations were held in Sangli, Kolhapur, Nashik, Ahmednagar, Beed and other districts of the state for a hike in milk procurement prices by Rs 5 and to press for other demands.

The agitators along with members of the Raju Shettiled Swambhimani Shetkari Sanghatana, a farmers' organisation, stopped milk tankers and emptied them on the Pune-Bengaluru highway passing through Sangli and Kolhapur districts as part of their agitation.

As the agitation raged, Animal Husbandry and Dairy Development Minister Sunil Kedar said a decision on various demands of dairy farmers will be taken at a cabinet meeting and asserted the MVA government will not let them suffer.

Talking to PTI, Shetti said they are demanding an increase in milk procurement prices by Rs 5 per litre and the benefit to be directly deposited in the bank accounts of dairy farmers.

"We are also demanding an export subsidy of Rs 30 for milk producers and cancellation of the Goods and Services Tax (GST) levied on milk products," the former MP said.

He said milk business in the state has been affected "because of the policies of the central government".

"Since early morning, members of the Swabhimani Shetkari Sanghatana have been agitating in the region (Sangli and Kolhapur) by stopping milk tankers and spilling milk on roads," he added.

In the morning, Shetti performed "milk Abhishek" at a Lord Shiva temple at Udgaon in Kolhapur district.

Some agitators poured milk on cows at Barshi tehsil in Solapur district.

In Ahmednagar, dairy farmers and members of various organisations under the aegis of "Dudh Utpadak-Shetkari Sangharsh Samiti" staged a protest, and said farmers should get a minimum purchase price of Rs 30 per litre.

"We demand that the farmers be given a purchase price of Rs 30 per litre and also a subsidy of Rs 10 per litre be paid directly into their bank accounts by the state government," Navale said.

He said farmers for now were performing "dudh abhishek" of stones (milk anointing ritual), but if the state government does not take cognisance of their agitation, they will pour milk outside the residences of leaders of the ruling coalition.

Though the meeting remained inconclusive, the animal husbandry and dairy development minister said a decision on various demands of farmers will be taken at a state cabinet meeting.

Speaking to reporters after the meeting, Mr Kedar said the MVA government will not let daily farmers suffer.

The minister said the government will work out a scheme with a focus on farmers.

Mr Kedar added he had convened the meeting not in view of the protests, but keeping the COVID-19 situation in the state in mind.

He said though nobody knew how the situation arising out of the COVID-19 crisis pans out, the state government will ensure that farmers won't suffer.

"It is our view that farmers must get support, survive...his cow too should get fodder. I assure that farmers won't suffer financially. The state government will soon come out with a scheme to strengthen you financially," he added.

Mr Khot told reporters that farmers will stage a bigger protest if the government fails to take appropriate decisions.

"We will decide about the direction of the protest in two days," he added.

Earlier, BJP Pune unit president Jagdish Mulik also said they will to launch a statewide agitation from August 1, if the demands of milk producers are not met.

On Monday, BJP leaders in Pune submitted a memorandum of their demands to Collector Naval Kishore Ram.

Dairy farmers have been hit hard by the coronavirus-induced lockdown with hotels, ice cream parlours, malls, their key clients, remaining largely since March-end.