Ajit Pawar, 60, who was brought back to the NCP fold courtesy strategic maneuvering by party chief and uncle Sharad Pawar, was present when Shiv Sena leader Uddhav Thackeray was sworn-in

Nationalist Congress Party (NCP) leader Ajit Pawar will make a dramatic return as Deputy Chief Minister of Maharashtra today, sources have said, adding that today will also see an expansion of the state cabinet that currently has only six members in addition to Chief Minister Uddhav Thackeray. Mr Pawar's likely return comes a little over a month after he broke ranks to ally with the BJP, was sworn-in as Devendra Fadnavis's deputy in a surprise early-morning ceremony and then quit hours before a Supreme Court-ordered floor test, consigning to the bin the BJP's 80-hour-long bid to seize power.

The decision regarding Ajit Pawar was reportedly finalised last week after discussions between the Shiv Sena's Uddhav Thackeray and Sharad Pawar, who is NCP chief and Ajit Pawar's uncle. The Congress, the third member of the unlikely ruling alliance, was not present but kept in the loop.

Around 36 ministers - including Cabinet and Minister of State ranks - will be sworn-in. Sources say 10 will be from the Congress, with the party's former Chief Minister Ashok Chavan likely to get the public works department portfolio and nothing for Prithvijraj Chavan, another former Congress Chief Minister.

Six ministers who have already been sworn-in are the Sena's Eknath Shinde and Subhash Desai, the NCP's Jayant Patil and Chhaggan Bhujbal, and the Congress's Balasaheb Thorat and Nitin Raut.

The total strength of the cabinet is 42, including the Chief Minister.

Portfolio-sharing talks between the three allies have also seen the Congress get the Speaker's post; the MLA from the Sakoli segment, Nana Patole was elected unanimously on December 1.

Ajit Pawar, 60, who was brought back to the NCP fold courtesy strategic maneuvering by Sharad Pawar, was present when Uddhav Thackeray was sworn-in at the head of the Sena-Congress-NCP's Maha Vikas Aghadi alliance last month.

However, he was not himself sworn-in; his uncle called it a "conscious decision" - a move that seemed to be aimed at letting any lingering resentment against his nephew settle before restoring him to the Deputy Chief Minister's post.

Pawar senior had earlier defended his nephew's conduct, virtually blaming the Congress for driving him to the BJP by dithering over alliance formalisation. He told NDTV "sizeable members of party have full respect... even if they're unhappy about him going to the BJP." 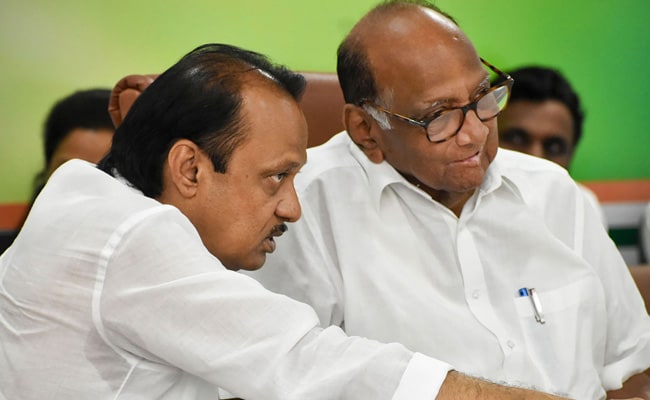 Ajit Pawar, aka "Ajit dada", has served as Deputy Chief Minister on two previous occasions, each time when the Congress-NCP was in power.

Chaos prevailed in Maharashtra for several weeks after October's Assembly elections delivered a fractured mandate; the BJP-Shiv Sena pair emerged as the largest coalition but their alliance disintegrated over power-sharing talks, leading the Sena to form an unlikely alternative front with the ideologically incompatible Congress and NCP.

Then, in a twist worthy of a Hollywood thriller, that alliance seemed to have been beaten by Ajit Pawar, who claimed to have, and offered the BJP, the support of all 54 NCP MLAs; enough for the party to cross the majority mark and stake claim to the government.

Ajit Pawar was sworn-in alongside former Chief Minister Fadnavis at 5.47 am on November 23, hours after President Ram Nath Kovind signed a notification revoking President's Rule. It required shrewd manoeuvring by Sharad Pawar to rescue his flock of MLAs and ensure the BJP-Ajit Pawar bid to seize power fell apart.

In the floor test on November 30 Chief Minister Thackeray's government sailed through, with as many as 169 MLAs in the 288-member Assembly voting in favour; the BJP's 105 MLAs staged a walkout.