Election in Maharashtra: The BJP and Shiv Sena announced a seat-sharing pact last week that saw the BJP take 150 of the 288 Assembly seats in the state, leaving 124 for the Sena and 14 for smaller allies 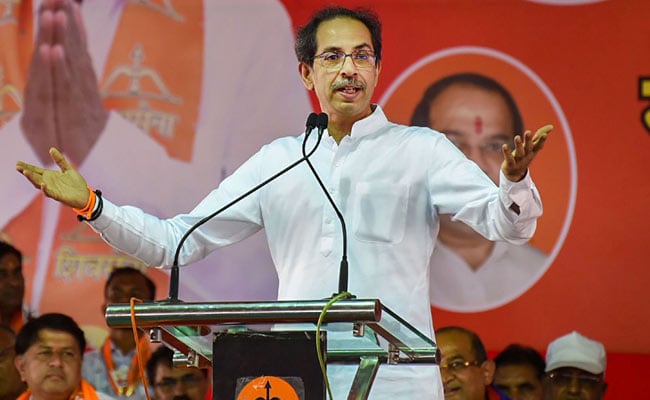 Maharashtra Election 2019: Mr Thackeray had to apologise to party workers for the unequal split in seats.

Twenty-six Shiv Sena corporators and nearly 300 workers sent letters of resignation to party chief Uddhav Thackeray today, in a setback to the BJP-Shiv Sena alliance in Maharashtra ahead of Assembly polls on October 21. They were protesting the decision to field a BJP candidate from the Kalyan East Assembly seat, currently held by an independent MLA, instead of the Sena's Dhananjay Bodare.

"We have resigned so our senior leaders from Shiv Sena do not face an embarrassing situation. As they have already announced an alliance and have appealed to support the alliance candidate who is from BJP, which we cannot to do and hence decided to resign," Sharad Patil, one of those who resigned, was quoted as saying in an ANI report, adding that letters had been sent to Mr Thackeray, Cabinet Minister Eknath Shinde and Kalyan MP Shrikant Shinde.

Last week the BJP and Shiv Sena announced a seat-sharing pact under which the BJP will contest 150 of 288 Assembly seats in the state, leaving 124 for the Sena and 14 for smaller allies. Sena leaders had hoped for a 50:50 split similar to one adopted for Lok Sabha polls in April-May.

After the agreement Sena chief Uddhav Thackeray apologised to party workers at a Dussehra rally this week, asking party workers who could not get tickets to support alliance candidates.

Dhananjay Bodare, the miffed Shiv Sena leader who had expected to get the Kalyan East ticket, has declared he will contest as an independent candidate.

"I have decided to contest polls as an independent candidate because in last 10 years there is no development in our area and people are just suffering. We cannot accept BJP candidate as our MLA and hence I am contesting against him," he said.

Elections in Maharashtra are scheduled for October 21 with results on October 24.