Taking a dig, MNS chief Raj Thackeray said the Shiv Sena-led Maharashtra government is giving the impression that "everybody loves a good lockdown". 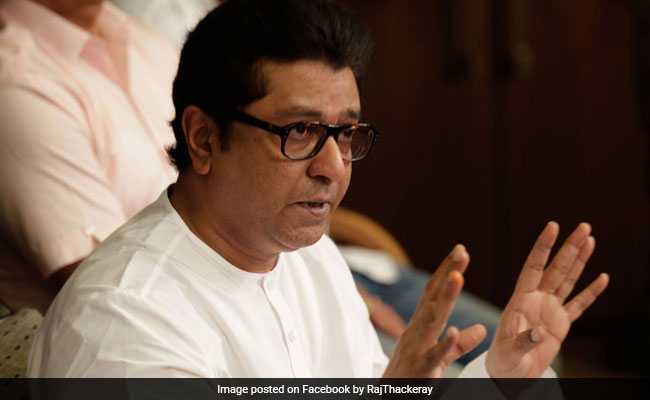 Launching a frontal attack on the Shiv Sena-led Maharashtra government for not easing restrictions to allow people to celebrate Dahi Handi and other upcoming festivals, MNS chief Raj Thackeray on Tuesday alleged the three ruling parties are "using" the COVID-19 situation to their benefit.

Taking a dig, he said the state government is giving the impression that "everybody loves a good lockdown".

Speaking to reporters, the MNS chief also accused the government of "selectively" relaxing the COVID-19 rules for some people and referred to "Jan Ashirwad Yatras" of BJP and performing a ritual in a temple by the son of a Shiv Sena MLA.

"The actions of the Maharashtra government can be summed up in the words of veteran journalist P Sainath who wrote a book "Everybody Loves a Good Drought". The current actions of the state government are like ''everybody loves a good lockdown''," the Maharashtra Navnirman Sena president said after several workers of the MNS defied the ban to celebrate the Dahi Handi festival in Mumbai suburbs and the metropolitan region earlier in the day.

"BJP ministers can organise "Jan Ashirwad Yatras". Sena MLA Bhaskar Jadhav's son can perform pooja in a temple in Ratnagiri. These incidents mean the state government is conveniently relaxing COVID-19 norms. There are different sets of rules for different people," he alleged.

MNS workers celebrated the traditional "Dahi Handi" festival in Thane and the neighbouring Palghar district, even though the celebrations have been banned in the wake of the COVID-19 pandemic.

A case was registered against four activists of the MNS and eight others for violating COVID-19 norms by holding a "Dahi Handi" programme in the Worli area of central Mumbai on Tuesday and two workers were arrested, police said, adding a search is on to nab the others.

"The way MNS workers were arrested for participating in Dahi Handi festival, it seems like a revenge politics (by the government). No action was taken against any leader of the Maha Vikas Aghadi for participating in public functions where no guidelines regarding the COVID-appropriate behaviour was followed," he alleged.

The Sena, NCP and Congress are partners in the MVA led by Chief Minister Uddhav Thackeray, the estranged cousin of Raj Thackeray.

"Had the Shiv Sena been in opposition, I don't think it would have acted like this. The three parties are using the COVID-19 situation for their benefit. People have the right to celebrate their festivals," he said.

Raj Thackeray also alleged the government is deliberately creating (the bogey of) the first, second and now the third wave of the COVID-19 pandemic.

"Despite such fear (of transmission of coronavirus), old rivals Shiv Sena and Narayan Rane continued their fights. Does this mean that only festivals spread coronavirus and not political parties?" he questioned.

Queried about complaints filed by the police against MNS workers for celebrating the Dahi Handi festival, he said these cases are like hairs on the body of a bear. Who is going to count them?"

He demanded temples in Maharashtra be reopened without delay.

"If the state government wants to implement any strict COVID protocol it should be common for all political parties and organisations. I will hold a meeting with party workers in a couple of days to come up with a strategy to press our demand for the opening of temples," he added.

Notably, the opposition BJP on Monday staged demonstrations demanding the reopening of temples and other religious places in Maharashtra which remain shut due to COVID-19 norms.