Maha Shivratri 2017: Date, Importance And Significance Of The Festival 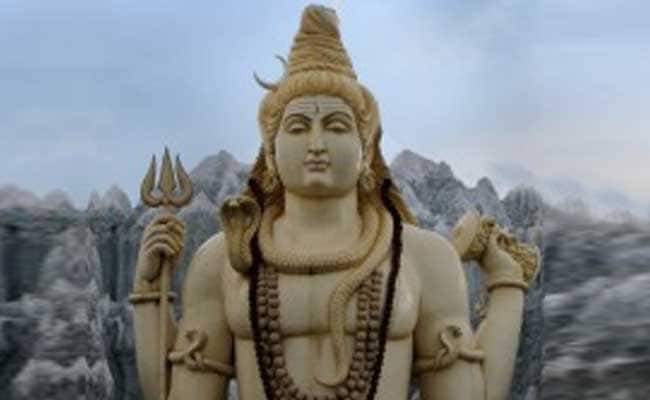 Maha Shivratri is dedicated to the worship of Lord Shiva.

New Delhi: The Hindu festival of Maha Shivratri is dedicated to the worship of Lord Shiva. According to the Hindu calendar, Maha Shivratri is celebrated on the new moon day in the month of Maagha - the festival will be observed on the evening of February 24 this year.

According to popular belief, worshiping Lord Shiva on this day helps one get rid of all the sins. It is also believed that Lord Shiva and Goddess Parvati got married on this day.

On this day devotees observe fast and worship Lord Shiva by chanting 'Om Namah Shiva'. Shiv Lingam is bathed with milk, water and honey. Some devotees also offer fruits, flowers and bel (wood apple) leaves. Hindu temples across the country are decorated with lights and devotees can be seen chanting 'Maha Mrityunjaya Mantra' at the temples to seek blessings of the lord.

Promoted
Listen to the latest songs, only on JioSaavn.com
Maha Shivratri is celebrated across India and in neighbouring Nepal. The most popular celebrations are seen in Ujjain in Madhya Pradesh, where Lord Shiva is believed to have stayed. Here, devotees carry out large processions with idol of Lord Shiva.

There are various mythological legends associated with Maha Shivratri. According to legend, a hunter had been waiting on the branch of a Woodapple tree to catch a deer for his food. In order to attract the animal, he started throwing woodapple leaves on the ground, unaware that there was a Shiva Lingam beneath the tree. Pleased with the patience of the hunter, Lord Shiva appeared in front of the hunter and blessed him with wisdom. The hunter stopped eating meat afterwards, it is said.
Comments
maha shivratri 2017Lord ShivaGoddess ParvatiOm Namah ShivaShiv Lingam