Rains Cause Flooding In Rural Areas Of Maharashtra's Aurangabad District

Out of eight circles in Kannad taluka, seven have received excess rainfall of over 65 mm in the last 24 hours. 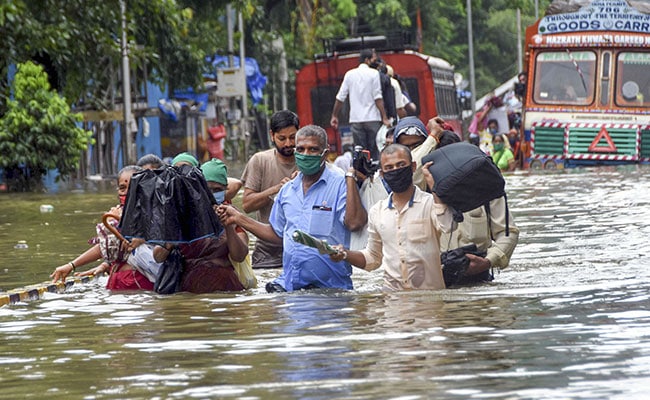 Several parts of Kannad taluka of Maharashtra's Aurangabad district were inundated due to incessant rains in the last 24 hours, an official said on Tuesday.

Rains caused a lake in Bhildari village to overflow, leading to water-logging in the nearby areas, the official said.

Out of eight circles in Kannad taluka, seven have received excess rainfall of over 65 mm in the last 24 hours, the official said.

Crops losses have been reported at Naagad and Saygavhan villages, while rain water entered houses in Pishor circle, he said.

"A lake located in Bhildari overflowed due to excess rain on Monday night, causing floods in the nearby areas. We have received information about some crop losses there," the official said.

Meanwhile, a truck transporting cattle fell to nearly 100 feet in Autram Ghat, under the jurisdiction of Chalisgaon rural police station.

"The truck transporting buffaloes fell nearly 100 feet from the road. A search is on for the truck driver," inspector K K Patil from Jalgaon police told PTI.

Excess rainfall was recorded in parts of Hadgaon Budruk and nearby villages in Pathri of Parbhani district, leading to loss of crops and property, an official said.

In a rain-related mishap, two women drowned in a canal in Sawargaon of Loha taluka in Nanded district on Monday, an official said.

Mankabai Dagadgave (52) was swept away by heavy currents in a canal, while a search is on for Parvatibai Dagadgave (45), whose body is yet to be recovered, he added.