The meeting of the party's July 11 General Council meet, its highest decision-making body, had picked Palaniswami as the interim general secretary. 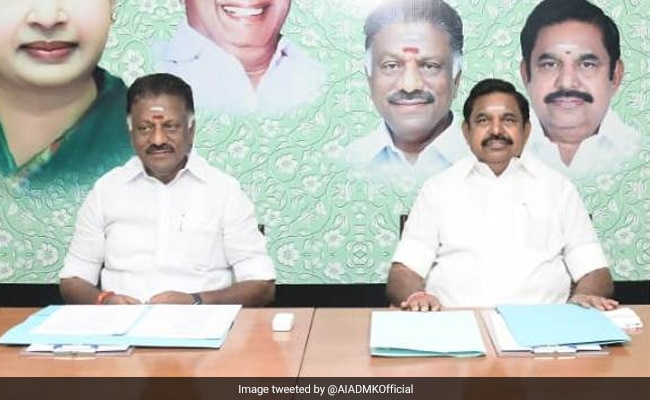 A division bench of the Madras High Court on Tuesday adjourned till August 25, the hearing on the appeals from AIADMK joint coordinator K Palaniswami challenging the orders of a single judge, which nullified the party's general council meeting held on July 11 this year and ordered maintenance of status-quo ante as of June 23, 2022.

The meeting of the party's July 11 General Council meet, its highest decision-making body, had picked Palaniswami as the interim general secretary and 'expelled' his rival O Panneerselvam amid the single leadership chorus in the main opposition party favouring the former.

When the appeals challenging the orders dated July 17 of Justice G Jayachandran came up today, Palaniswami's senior counsel Vijay Narayan prayed the bench of Justices M Duraiswamy and Sundar Mohan to stay the operation of the single judge order as it had virtually created a deadlock in the party.

Opposing grant of any stay, OPS' counsel P H Arvind Pandian submitted that instead of discussion centering around grant of any interim order, arguments on the appeals can be permitted on Thursday. Moreover, OPS' senior counsel Guru Krishnakumar will be available only on August 25.

Vijay Narayan told the judges that he was also prepared to argue the main case.

And the bench adjourned the matter till August 25, when it will be discussed in detail.

The August 17 order of the single judge had stripped EPS, as Palaniswami is also known, of the post of interim general secretary of the party and it also came in handy to OPS, who got his earlier Treasurer and Co-ordinator posts, restored.