The two children - a 12-year-old girl and a 10-year-old boy - were beaten to death on Wednesday allegedly for defecating in the open in Madhya Pradesh's Shivpuri district.

Two makeshift lamps - a few drops of oil in two steel bowls - in the corner of a mud hut with twigs and black tarpaulin for the roof tell you all you need to know about the affairs of the family mourning the death of their two children in Madhya Pradesh's Shivpuri district.

The two children - a 12-year-old girl and a 10-year-old boy from the so-called lower caste Dalit community - were beaten to death on Wednesday allegedly for defecating in the open in a country that will declare itself open-defecation free in less than a week, on the 150th birth anniversary of Mahatma Gandhi.

The police say the motive is not clear and there is no complaint of caste discrimination. 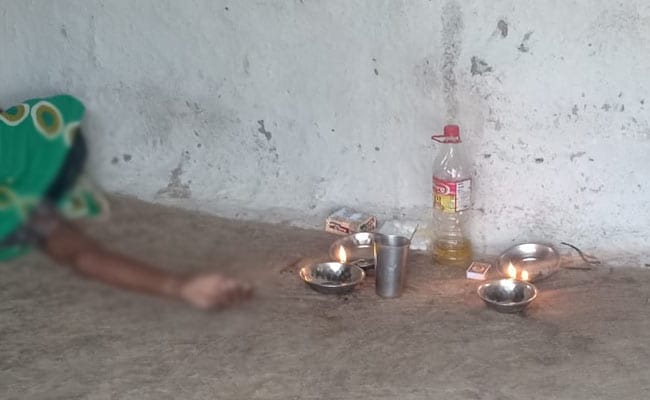 Two makeshift lamps lit in the memory of the two children.

The father of one of the children, who works as a daily wage labourer, said, "They had gone to relieve themselves. They were beaten with lathis (sticks) and they died on the spot, just 60 feet from our house."

The house is a run-down hut with no toilet - a home that India's flagship Swachh Bharat Mission seems to have missed with fatal consequences. The family lives in a run-down mud hut with no toilet.

"The family of the accused are saying that he is mentally disturbed. That's why he committed the crime. We have filed a First Information Report but we have not found any caste discrimination because Yadavs and Jatavs [the two communities] have equal numbers in the village," Rajesh Singh Chandel, a senior police officer said.

Discrimination on the basis of caste is illegal but still common especially in rural areas where much of India still resides.

The BJP, which rules the centre, has blamed the Congress government in the state.

"There is no fear of law. We are only talking about the ODF status but in my opinion we are undermining the situation two innocent children were killed I think culprits should be booked and the family should get justice as early as possible," BJP MLA Vishwas Sarang said. 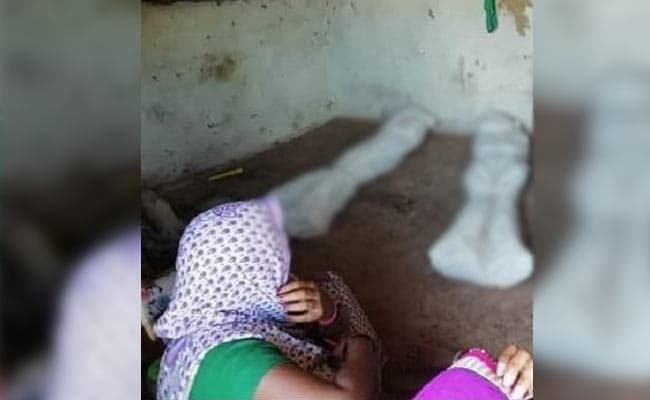 The family huddled around the bodies of the two children.

Former union minister and Congress leader Kantilal Bhuria blasted the opposition saying, "This is the mindset of the BJP against schedule castes. They just did lip service about toilets which exist only on paper. The government will come down heavily on such people and such mindset."

Poor sanitation that forces people to defecate outdoors is one of India's biggest health issues, and its eradication has been a top priority for Prime Minister Narendra Modi's government. PM Modi launched the Swachh Bharat, or Clean India, mission in 2014, and has promised to make India "open defecation free" (ODF) by Oct 2 this year.

Anugraha P, the district's top civil servant, told Reuters that the village, where the children lived, had been declared as ODF in 2018.