In her letter to the district collector, the SDM also alleged a police officer misbehaved with her and refused to follow orders 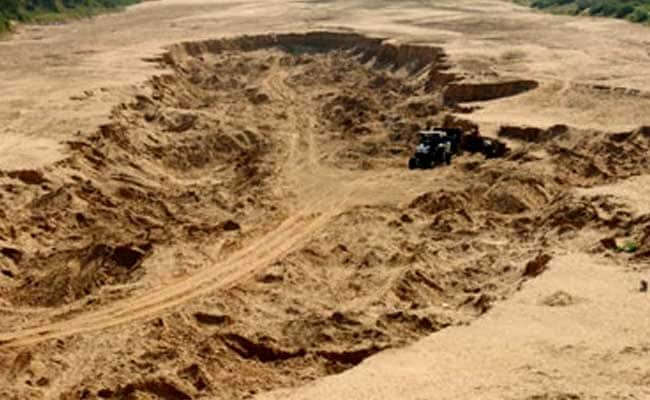 A sub-divisional magistrate posted to Ajaygarh in Panna district in Madhya Pradesh has alleged that a local Congress leader forcibly freed a confiscated sand-laden truck linked to illegal sand mining operations in the area.

In a letter written to the district collector, the SDM, Arushi Jain, also claimed a police officer misbehaved with her and refused to follow orders. She has asked for police protection.

Ms Jain has frequently confronted illegal sand mining activities and confiscated several trucks, including the one belonging to the Congress leader.

In March, her team and she demolished a temporary (and illegal) 20-metre-long bridge built by the mafia to facilitate the mining and transportation of sand.

The Congress and the BJP have often traded allegations of corruption and being complicit in sand mining operations; the Kamal Nath-led Congress government currently ruling the state rose to power on the back of a campaign that targeted the Shivraj Singh Chouhan-led administration over this issue.

In September, Mr Nath wrote a letter to the then Chief Minister, saying, "Large-scale illegal mining is pertinent in many districts of the state and Bharatiya Janata Party (BJP) leaders are involved in it."

Illegal sand mining is a critical political and environmental issue in Madhya Pradesh as well as states like Bihar, Uttar Pradesh. Part of the urgency surrounding the issue is the impact it has on the Chambal river and the wildlife sanctuary it flows through, which is home to the endangered gharial (a species of crocodile found only in India).