Lal Singh Arya was the first minister of Madhya Pradesh's Happiness Ministry, which was modelled on the national happiness index used by Bhutan. 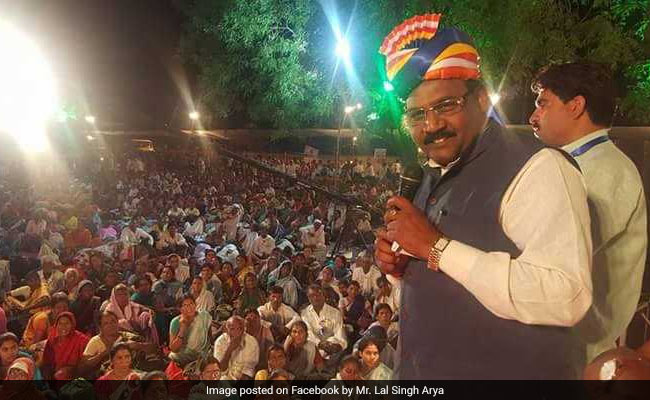 India's only "happiness minister" Lal Singh Arya was among the losing BJP candidates in Madhya Pradesh, where the Congress edged past the party that ruled the state for three consecutive terms. Mr Arya lost by a whopping 25,000 votes to a rival from the Congress.

Mr Arya was the first minister of Madhya Pradesh's Happiness Ministry, which was modelled on the national happiness index used by Bhutan to keep an account of well-being of its citizens.

Soon after becoming the state minister in 2017, Mr Arya had been in trouble as the police sought to arrest him for the alleged murder of a Congress leader in 2009. He was eventually arrested and is now on trial in the court.

The Congress dashed BJP's Shivraj Chouhan's dream of a fourth term as the Chief Minister of Madhya Pradesh on Tuesday. After a long-drawn counting process that went on for nearly 24 hours, the party emerged as winner of the assembly polls, winning 114 seats out of 230. Though the party was two seats short of a simple majority, the BSP and SP came to the party's rescue, offering to help in order to keep the BJP at bay.

Meanwhile, India's only dedicated "cow minister" has also lost the polls. Otaram Dewasi, the first head of Rajasthan's cow ministry, was defeated  on Tuesday, when BJP was thumped in the desert state. The Congress won 100 seats in Rajasthan and is poised to form a government.

The Congress also surprised the BJP in Chhattisgarh, defeating the party comprehensively.

The assembly poll wins could be a shot in the arm for the Congress that had been written off after a series of losses in various states following a humiliating debacle in 2014 general elections.