The number of coronavirus cases in Madhya Pradesh rose to 313 with 57 new cases reported in the state on Tuesday. 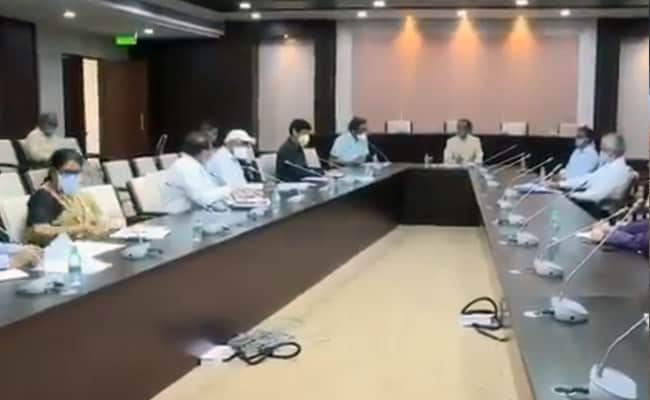 With at least 40 of the 85 coronavirus cases in Bhopal reported within the Madhya Pradesh health department, senior government officials in the state have found themselves under scrutiny over allegations that they sidestepped rules framed to check the spread of the disease.

Among those who have tested positive for coronavirus in the state are two IAS officers Principal Health Secretary Pallavi Jain-Govil and Health Corporation MD J Vijay Kumar besides the Additional Director of Health Dr Veena Sinha.

Ms Jain-Govil had been praised by Madhya Pradesh Chief Minister Shivraj Singh Chouhan who had said, "It's with assistance from officials like you that we will soon get rid of the infection from the state."

However, the Chief Minister's admiration was not enough to dissuade the state Human Rights Commission (MPHRC) to seek a response from the government over allegations that some top bureaucrats had delayed their hospitalisation despite showing symptoms like to COVID-19.

The commission sent its notice following a news report and tweets by Congress MP Vivek Tankha, who wrote on Tuesday:

Guidelines for #COVID2019india are binding for all - rich or small - powerful or weak. MP State Human Rights Commission strict notice to Chief Secy MP has affirmed it. Within hours all officials of health Dept ( 32) hv reached covid hospitals - life saver for many. Get well

The Chief Secretary has been asked by the commission to respond to questions including when the officers mentioned in the news reports were tested positive and why they were not kept in isolation wards.

Pallavi Jain-Govil has been taking part in the meetings that included the Chief Minister, the Chief Secretary and other senior officials. A press release by the government's department of public relations on Tuesday defended her.

"Her son had arrived from the US on March 16 and as per the advisory issued by the Government of India, US was not among the 12 nations listed by the government notification for restrictions to be observed," it said.

"He was tested at the Delhi airport then remained under home quarantine till 30th without any symptoms, he is healthy. After Pallavi Jain Govil tested positive on 4th, after that other family members were tested and none of the symptoms of corona were found in them," it added.

"Guidelines related to coronavirus issued by the Government of India clarifies in patients who have been confirmed to be infected with coronavirus but other symptoms are not reflected, they should stay in quarantine at home and monitor their health. It is told that because Mrs Pallavi Jain does not have symptoms and she is healthy, so she was not admitted to the hospital," the statement said.

As many as 14 senior IAS officers spearheading operations against coronavirus are in quarantine or home isolation including Health Commissioner Faiz Ahmed Kidwai. Besides senior officers, personal assistants and peons are also among those infected.

Sources say the Madhya Pradesh administration is also working on a Plan B by putting a second line of senior bureaucrats to step into the fight against coronavirus in case the need arises.

The number of coronavirus cases in Madhya Pradesh rose to 313 with 57 new cases reported in the state on Tuesday. Chief Minister Shivraj Singh Chouhan has said his government will extend the ongoing nationwide lockdown in the state if needed.

No "Point In Protesting Against Pathaan" As...: Madhya Pradesh Minister