"He Said Marry Me Or...": Muslim Man Arrested For Stalking Hindu Woman

The police said that the accused, Monu Mansoori, has been arrested under the Madhya Pradesh Freedom of Religion Act and the Indian Penal Code 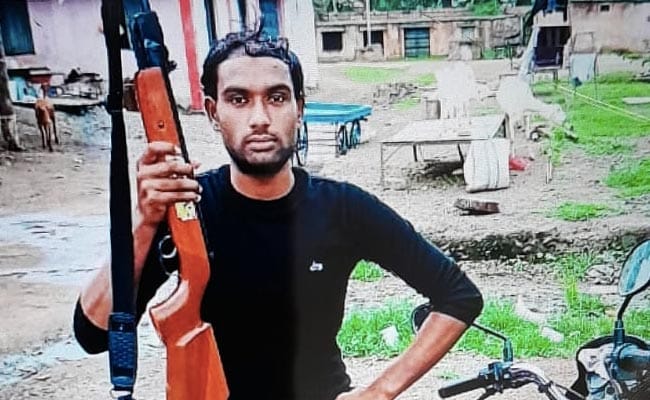 A Muslim man in Madhya Pradesh has been arrested for allegedly stalking a 19-year-old nursing student, a Hindu, and threatening her with acid attack if she did not convert to Islam and marry him.

Monu Mansoori, 22, allegedly confronted the woman and showered flowers on her on Monday. The incident was reported from Madhya Pradesh's Khandwa district. The police said he had also threatened another woman in January this year, after which he was jailed. He was granted bail later.

In the latest case, both the woman and Monu Mansoori are residents of the same village. The nursing student in her police complaint said he somehow got her number and even pinged her on WhatsApp that he would kill her if she refused his marriage proposal.

"He's a Muslim guy. He followed me everyday to college from our village. He caught my hand and I yelled at him. He threw flowers on me, said he will kill me. He sent a photo of him on social media holding a gun," the woman told reporters.

The police said Monu Mansoori has been arrested under the Madhya Pradesh Freedom of Religion Act and the Indian Penal Code. The Madhya Pradesh law seeks to punish religious conversion by fraud, especially for marriage, and provides for up to 10-year jail.

The nursing student yelled for help when Monu Mansoori, after sneaking up from behind her, showered flowers on her head near a college, the police said. Before he ran away, he threatened her with acid attack if she did not convert to Islam and marry him, the police said.

The woman then sought the help of a Hindu organisation and filed a complaint with the police.

"A nursing student came to us saying she has been threatened by a man in front of SN College (in Khandwa). The student said she was molested. The man also threatened to kill her if she did not marry him," police officer Poonamchand Yadav said.