The parents and the state's opposition Congress have demanded that Chief Minster Shivraj Singh Chouhan sack Inder Singh Parmar from his council of ministers if he doesn't quit on his own. 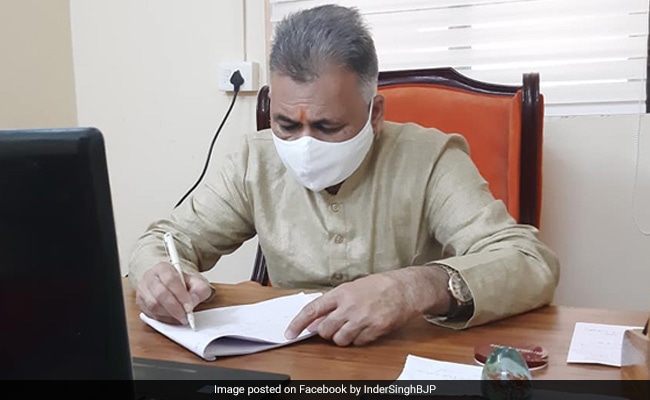 The minister did not reply to calls or messages.

Madhya Pradesh School Education minister Inder Singh Parmar's response shocked a parents' union in Bhopal, who had gone to consult him about overcharging by schools. "Maro jao (Go die)" was allegedly the minister's message when asked what should be done if the education department refused to hear their appeal.

The parents and the state's opposition Congress have demanded that Chief Minster Shivraj Singh Chouhan sack Mr Parmar if he doesn't quit on his own.

Around 90-100 parents under the banner of Madhya Pradesh Palak Mahasangh had gone to meet the minister at his official residence in Bhopal. The schools, the parents alleged, were charging hefty fees in violation of High Court orders.

The Madhya Pradesh High Court has ordered that during the Covid pandemic, the schools can only charge tuition fee.

The parents requested the minister to step in and help bring down the charges, saying they were finding it difficult to meet the costs due to incomes impacted by the pandemic.

When they asked what they should do if the school education department refused to accept their plea, the minister flared up. "Go and die, do whatever you wish to," he allegedly said.

Palak Mahsangh president Kamal Vishwakarma said the minister should apologise to the parents and resign if he is not willing to listen to their pleas.

"The parents' union went to meet him for relief, but he showed an irresponsible attitude. He should be sacked immediately," he added.

The minister did not reply to calls or messages.