Prem Singh, a resident of the Madhya Pradesh's Malwasa village, died of a heart attack just as his wheat crop was being weighed - this was after six days of waiting in queues at two different centres 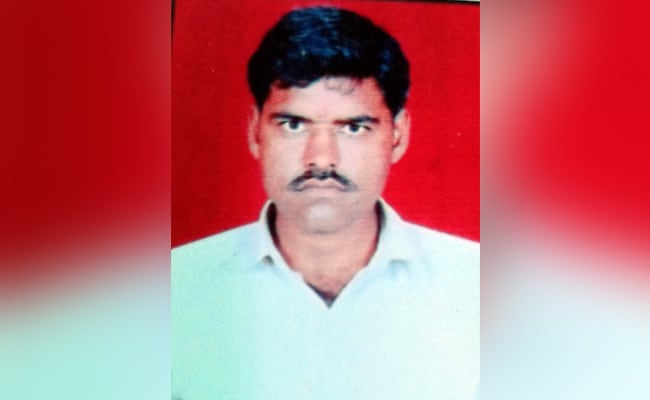 Madhya Pradesh farmers may be celebrating a good harvest, but large crowds at procurement centres across the state have led to long queues, chaos and mismanagement.

A farmer from the Agar Malwa district, who spent six days in scorching summer heat waiting for his wheat crop to be weighed, collapsed and died of a heart attack just as his produce was being put on the scales.

On May 19 Prem Singh, a resident of the district's Malwasa village, received a SMS from the local administration asking him to bring his wheat crop to a state-run procurement centre in Jhalara.

Prem Singh spent four days waiting for his turn, after which he was directed to the procurement centre at Tanodia. He waited all of May 24 there before his crop was finally taken for weighing on May 25.

Tragically, just then Prem Singh complained of uneasiness and fell unconscious. Doctors at a local hospital declared him dead when he was brought in.

Sanjay Carpenter, the manager of the Tanodia procurement centre, said the non-availability of sacks had delayed the weighing by two days. "Prem Singh's first trolley had been weighed and it was as the second was on the scales that he collapsed. We took him to the hospital, but he died there," Mr Carpenter said.

"A post-mortem revealed he died of heart attack. Under government scheme, we have provided Rs 4 lakh cheque to his family," District Collector Sanjay Kumar said.

Meanwhile, former Chief Minister Kamal Nath has hit out at current Chief Minister Shivraj Singh Chouhan, alleging that claims made by his government over wheat procurement were false, as farmers still faced difficulty in selling their crops.

In a series of tweets the Congress leader, whose government fell in March after a number of MLAs quit to join the BJP, said there was a lack of proper arrangements at procurement centres. He pointed to the paucity of sacks at the Tanodia centre, where Prem Singh died, as an example.

In response, Madhya Pradesh Agriculture Minister Kamal Patel said the state had ensured that every farmer was attended to and that a record 114 metric tonnes of wheat had been bought from around 15 lakh farmers.

"We have left no stone unturned to help farmers. The death of a farmer during procurement is unfortunate (but) is not related to procurement procedures," he said, adding, "Anyone can suffer a heart attack".

The state has increased procurement centres from 3,511 to 4,507 and nearly twice the amount of wheat has been purchased, compared to 2019/20, so far.

However, despite officials' claims, farmers have complained that in several mandis the SMS system that notifies them of events doesn't work properly and that sacks are not available.