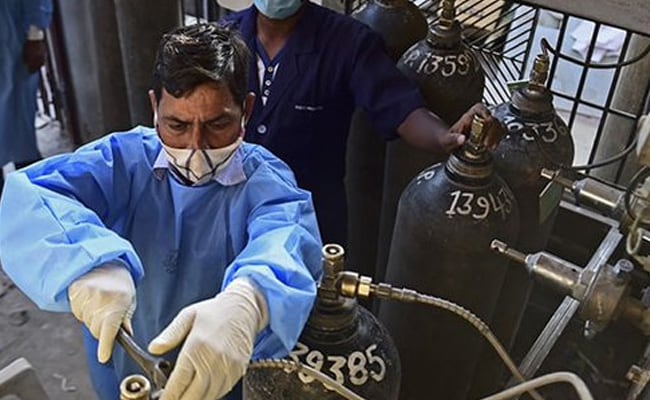 Madhya Pradesh BJP MLA Rajyavardhan Singh on Friday said he has withdrawn his recommendation to allot money from his Local Area Development Fund for an oxygen plant at a civil hospital in Rajgarh district as the administration kept delaying it.

In a letter to the district collector, Rajyavardhan Singh, an MLA from Narsinghgarh, said he had recommended the allotment of Rs 47 lakh from his Local Area Development Fund for an oxygen plant at Maharaja Civil Hospital at Narsinghgarh in April amid rising demand for the lifesaving gas due to a spike in cases of coronavirus.

He withdrew the recommendation after the collector informed him that a plant was being set up through a Corporate Social Responsibility initiative of ONGC.

However, as he later learnt that the plant will be set up at Sarangpur, he again allotted money for a plant at the Narsinghgarh hospital, which was approved by the divisional commissioner on June 15, Mr Singh said.

A few days later he was informed that the National Highway Authority of India was setting up an oxygen plant in Narsinghgarh, Mr Singh said in the letter.

Nothing has happened in this regard so far and he has now decided to withdraw the allocation, the MLA said.

Rajgarh collector Neeraj Kumar Singh told reporters that the process of setting up an oxygen plant is underway but the MLA withdrew his recommendation. He denied that the project was earlier shifted to Sarangpur.

"The government is not serious even about oxygen plants which are required in the fight against the pandemic. This has exposed the good governance claims of the government," he said.