The Armed Forces Tribunal suspended the life sentences of five army men in the 2010 encounter killing of three young men in Jammu and Kashmir's Machil. 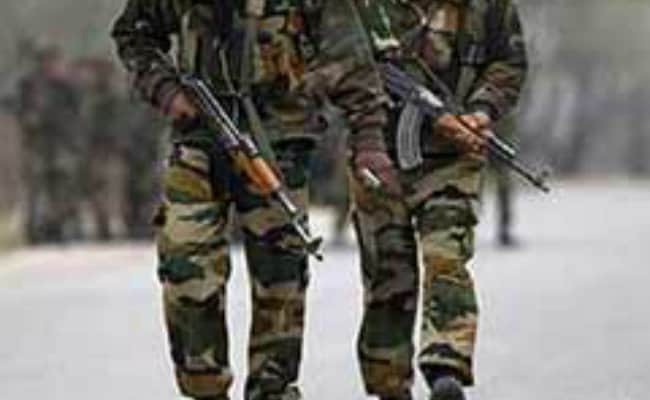 New Delhi: Five army men including two officers will be released on bail today after their life terms were suspended by the Armed Forces Tribunal in the 2010 encounter killing of three young men in Jammu and Kashmir's Machil. The soldiers had been held guilty of falsely claiming that the men were terrorists and killing them in cold blood for cash rewards and military honours.

Aman Lekhi, the senior lawyer appearing for Colonel Dinesh Pathania, the senior officer who was commanding the men at the time of the alleged fake encounter said, "It's a vindication of Colonel Pathania's reputation because I personally think his being made an accused is completely unwarranted." He added, "We have been able to persuade the court that the case, as has been presented, has gaping holes in it and doesn't make a clear or convincing story from which you can reasonably infer any guilt on Colonel Pathania to warrant his continued incarceration."

On April 30, 2010, the army had said that three infiltrators from Pakistan were killed in the Machil sector. A police investigation later revealed that the three men were in fact Kashmiris from poor families in Nadihal in Baramulla. Their bodies were exhumed and they were identified as Shahzad Ahmad Khan, Riyaz Ahmad Lone and Muhammad Shafi Lone, who had gone missing on April 27.

Their families alleged that the army lured them to a border area promising them jobs and money and later killed them near the Line of Control and then claimed they were terrorists.

The killings triggered a two-month agitation in the Kashmir Valley. The service benefits of all the soldiers were suspended.

In 2014, the soldiers and officers were found guilty by a court martial of conspiracy, murder and falsely describing men as terrorists.

Promoted
Listen to the latest songs, only on JioSaavn.com
After the soldiers were sentenced, then Chief Minister Omar Abdullah had said: "This will send a very strong signal to the people of Jammu and Kashmir and will serve as a warning to those tempted by these incidents."

The case will now continue to be heard on its merits with the main accused no longer in jail.