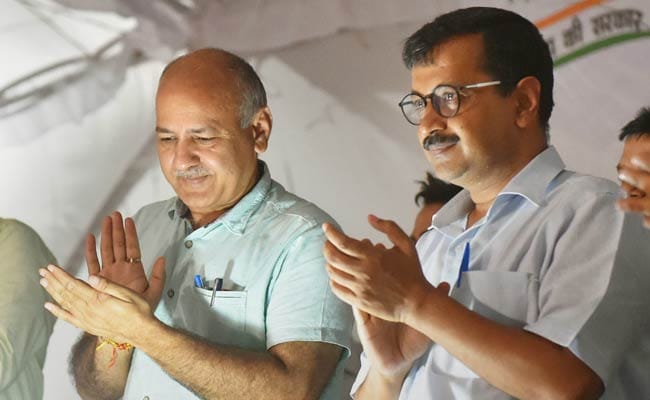 New Delhi: Installation of closed-circuit television cameras or CCTVs in the national capital has become the latest flashpoint between the Aam Aadmi Party government and the lieutenant governor of Delhi.

Days after Lieutenant Governor Anil Baijal formed a committee to draw up procedures for installing, operating and monitoring CCTVs, Chief Minister Arvind Kejriwal has accused him of "politicising" an issue related to women's safety.

Earlier in the day, a statement from Mr Baijal's office said it was "unfortunate" that the public and the media were being "misled" on the issue "deliberately".

According to the statement, Mr Baijal said while the government has been talking about installation of CCTVs for the last three years without much concrete progress, over two lakh cameras had already been installed by the Delhi Police, the Delhi Metro Rail Corporation, the Delhi Development Authority, various local bodies, market associations and resident welfare groups.

"Why didn't you set up a committee then? Now, when the Delhi government wants to install CCTV cameras, you have set up this committee arbitrarily, bypassing the elected government," wrote Mr Kejriwal in his letter.

Citing a possible breach of privacy of citizens, Mr Baijal had stressed the need for a procedure to regulate the use of surveillance cameras.

"Uncontrolled and unregulated mushrooming of CCTVs does not lead to any effective outcome for security and law enforcement and it may encroach upon the privacy of individuals," Mr Baijal said, according to news agency PTI.

The chief minister, who has written to the Prime Minister on the issue, rejected the committee calling it "illegal and unconstitutional".

Promoted
Listen to the latest songs, only on JioSaavn.com
"If the committees will make laws, rules, policies and framework, then what will cabinets, parliaments and assemblies do?" asked Mr Kejriwal.