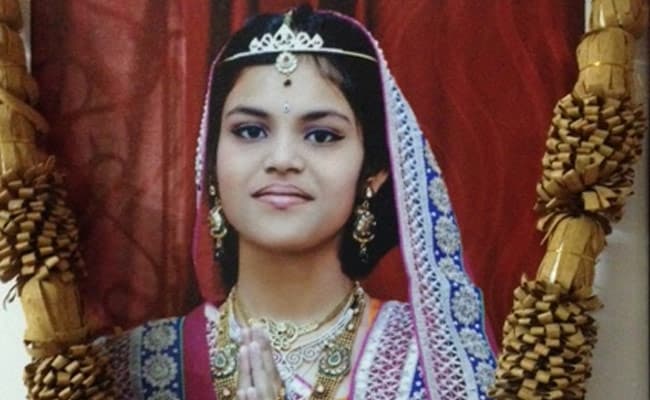 Hyderabad: The Lokayukta for the states of Andhra Pradesh and Telangana today called for a report from Hyderabad Police in connection with the death a 13-year-old Aradhana Samdariya, who died allegedly after undertaking a 68-day fast as part of a community ritual.

Based on a complaint filed by a local child rights NGO, 'Balala Hakkula Sangham' (Child Rights Association), Lokayukta Justice B Subhashan Reddy called for a report from Deputy Commissioner of Police (North Zone) by October 24.

NGO president Anuradha Rao, in her complaint, had alleged that the girl's parents and family members made her undertake fast for 68-days, which it claimed led her to death.

On October 9, the parents and other family members of the girl, a student of class VIII in a private school, were booked on charge of culpable homicide not amounting to murder for causing her death, police had said.

A case was registered with Market Police here under section 304 (II) (culpable homicide not amounting to murder) of IPC and section 75 of JJ (Juvenile Justice) Act against the teenage girl's parents and others.

The girl's parents, who reside at Pot Bazar of Secunderabad, have already been questioned over her death.

Promoted
Listen to the latest songs, only on JioSaavn.com
The NGO, in a letter to Hyderabad Police Commissioner on Saturday last, had alleged that the minor had died under "suspicious circumstances" on October 3.

Police had earlier said, "The girl was on a fast for 68 days. It was over on October 1. She was on a liquid diet for the first two days (after the fast) and on the night of October 3, she suddenly fell ill and her family members shifted her to a hospital where doctors declared her brought dead."