West Bengal Chief Minister Banerjee added that the BJP leaders were "outsiders" in and had no idea about the culture of the state. 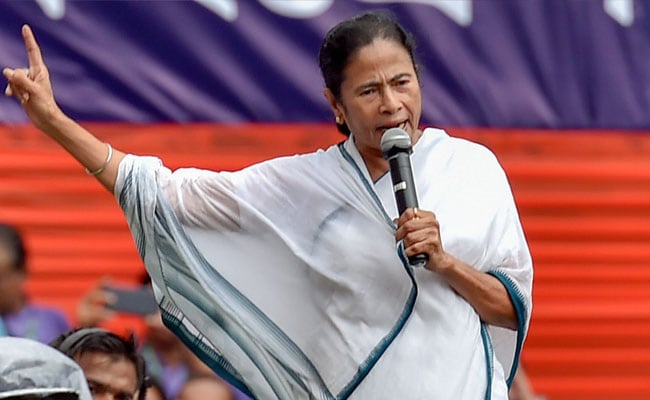 BJP is bringing in outsiders because they have no leaders in West Bengal, Mamata Banerjee said.

Ms Banerjee added that the BJP leaders were "outsiders" in West Bengal and had no idea about the culture of the state.

Her attack on PM Modi and Rajnath Singh came shortly after the two launched a blistering attack on her while addressing separate rallies in West Bengal today.

"They (BJP) have no leaders in West Bengal. They are bringing in outsiders who have no idea about the culture and customs of the state. They have no connection with the people of West Bengal. They must mind the business of their own states before thinking about Bengal," she said.

"Ask Narendra Modi to look after New Delhi. Will Modi be able to win from Varanasi? Ask Yogi Adityanath to look after his own state," she said.

"These leaders must not think about West Bengal. They must mind their own states. West Bengal is capable of looking after itself. It does not need anybody from outside," Ms Banerjee added.