Why BJP's Kirit Somiaya May Regret Defending His Party Against Sena

The Sena's opposition to the BJP lawmaker has roots in his rivalry with the Sena chief, which flourished when the two parties had been feuding. 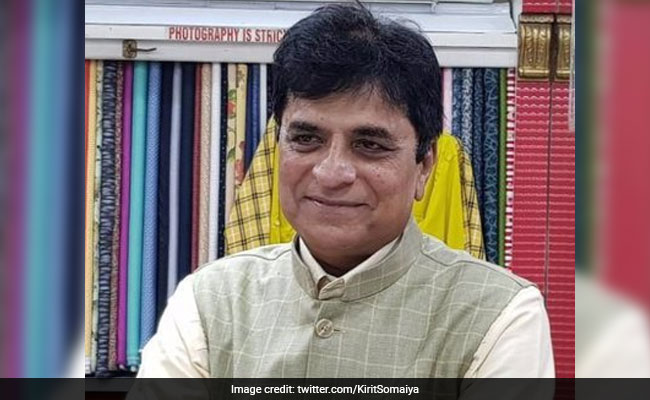 The BJP wants Kirit Somaiya as he is a popular leader and has high visibility in his constituency.

Kirit Somaiya, a prominent BJP leader in Mumbai, is the party's only parliamentarian in the city not named as a candidate yet for next month's national election. The BJP's ally Shiv Sena has strongly opposed his name and has made it clear that it won't change its mind.

Kirit Somaiya, 65, has been the BJP MP from Mumbai Northeast twice but this time, his chances are shaky.

Sena chief Uddhav Thackeray will not forgive Kirit Somaiya's attacks, even though they were mainly in response to the Shiv Sena's searing, unrestrained criticism of the BJP and Prime Minister Narendra Modi over the past few years.

With the larger picture of winning the polls in mind, the Sena and the BJP patched up in February.

Kirit Somaiya may end up as a victim of that reconciliation. He has so far been silent.

Reports say Kirit Somaiya had requested an appointment with Uddhav Thackeray to make amends but was denied one.

The BJP wants Kirit Somaiya as he is a popular lawmaker and has very high visibility in his constituency.

Sources say a decision on Kirit Somaiya is likely to be taken after Uddhav Thackeray's trip on Saturday to Gandhinagar in Gujarat for BJP president Amit Shah's nomination.

The Sena's opposition to the BJP lawmaker has roots in his rivalry with the Sena chief, which flourished when the two parties had been feuding.

"Somaiya has not maintained any ties with the people of his constituency. We see Matoshree (Mr. Thackeray's residence) as a temple. But if he makes allegations against it and calls (Thackeray) a mafia don, no one should even try to give him a ticket," Shiv Sena lawmaker Sunil Raut said.

His brother Sanjay Raut, a Shiv Sena MP, told reporters, "This is not Sunil Raut's personal statement but a feeling and opinion of Shiv Sena supporters of Mumbai North-East. This opinion has even reached Uddhav Thackeray and Maharashtra Chief Minister Devendra Fadnavis. I think senior Shiv Sena and BJP leaders will take care of the feeling of people in the Mumbai Northeast constituency."

When there was acrimony between the Shiv Sena and the BJP after the 2014 general election and the Maharashtra polls, Mr Somaiya had attacked Mr Thackeray frequently. He may regret it now.

In 2016, Mr Somaiya responded to Mr Thackeray's dare to PM Modi to conduct "surgical strikes" on Swiss banks to bring back black money. He said Mayawati, Mulayam Singh Yadav and Uddhav Thackeray should clarify if they were worried about poor people or those with "boxes of money".

He had also said that he would expose "mafia" in Municipal Corporation of Greater Mumbai and take on their "godfather", hinting at the Sena chief.