Lok Sabha Elections 2019: Sharad Yadav referred to the Bofors case - a huge corruption scandal that erupted in the 1980s when the Congress was in power - at least twice. 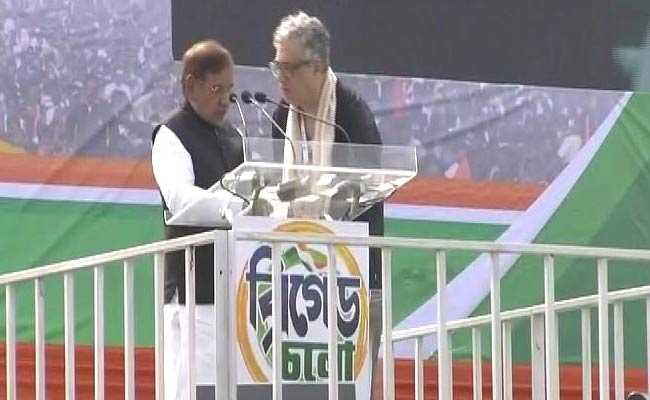 Lok Sabha Elections: Sharad Yadav said PM Modi was trying to make the most of what was clearly a mistake.

Bihar leader Sharad Yadav repeatedly spoke about the Bofors scandal when he meant to talk about the Rafale controversy, during Mamata Banerjee's opposition unity meet on Saturday. The faux pas ended up gaining more traction when Prime Minister Narendra Modi and the BJP picked on it.

With Congress leaders right on the stage, Sharad Yadav, a former union minister who last year quit Nitish Kumar's Janata Dal (United) party, referred to the Bofors case - a huge corruption scandal that erupted in the 1980s when the Congress was in power - at least twice. "Robbery was committed in the Bofors deal," he said.

Her Trinamool Congress colleague Derek O' Brien quietly walked up to him and pointed out the mistake. Sharad Yadav, winding up his speech, was profusely apologetic. "I beg your pardon, Rafale, Rafale, Rafale," he said.

Mamata Banerjee later made light of it and said "it happens during speeches."

But on Sunday, the prime minister did not let it go without a piercing dig. "In Kolkata, the opposition parties were talking about saving the country and the democracy. A leader reminded us about the Bofors scandal from the same platform," said PM Modi.

Sharad Yadav hit back, saying it showed the prime minister's desperation, that he was trying to make the most of what was clearly a mistake, "which I corrected on the spot." The Loktantrik Janata Dal leader called it "laughable".

"It is laughable. I was actually quoting N Ram's (senior journalist) report in The Hindu. The story is about the Rafale deal. Now if they start making issues out of a slip of tongue, then imagine their helplessness," Mr Yadav told news agency ANI.

The BJP was took a swipe at Mr Yadav, posting a video with the caption: "Thank you Sharad ji for having the courage to speak about Bofors!"