"Left-Congress negotiations will begin for the rest of the 36 seats," confirmed a senior Congress leader in Delhi after top-level talks with the CPM. 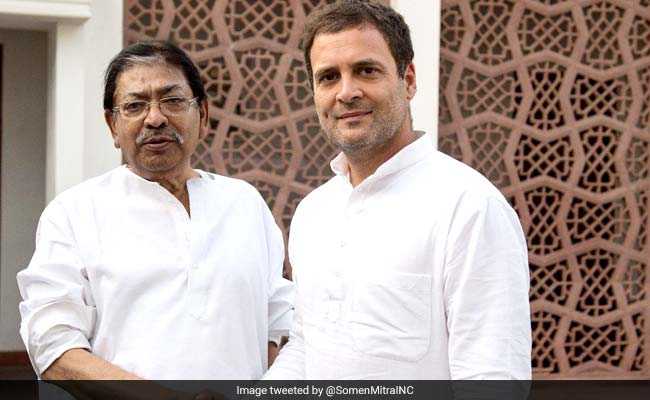 Somen Mitra, Bengal Congress chief, had turned down CPM proposal of a "mutual no contest" on 6 seats.

The Left and the Congress are back at the negotiating table for seat sharing in Bengal after overcoming a major hiccup over two seats and pushing the ruling Trinamool Congress out of a possible equation. The Congress has 'conceded' the two seats to the Left, for which the party has named candidates. The Left will reciprocate by not fielding candidates in four seats Congress had won in 2014.

"Left-Congress negotiations will begin for the rest of the 36 seats," confirmed a senior Congress leader in Delhi after top-level talks with the CPM.

On March 6, Somen Mitra, chief of the Bengal unit of Congress, had met Rahul Gandhi and turned down the CPM proposal of a "mutual no contest" in six seats that the two parties had won in 2014.

The two CPM seats are Murshidabad and Raiganj.

The Congress had won at Raiganj from 1980 to 1991 and then again from 1999 to 2014. In the last round, the seat was the pocketborough of the Das Munsi family - first Priya Ranjan who died in 2017 after a long illness and then his wife Deepa Das Munsi.

In 2014, she lost to CPM's Mohammed Salim by less than 3000 votes and wanted to contest from there again.

But Mr Salim, a CPM Politburo member who has nursed Raiganj for the last 5 years, was not willing to give it up.

After winning Murshidabad from 1980 to 2004, the CPM lost the seat to the Congress. In 2014, the party wrested it back and has named sitting MP Md Badarudozah Khan for 2019.

Ms Noor, however, switched to Trinamool in January, embittering Congress-Trinamool ties. Congress will take on Mausam Noor, expected to be nominated by Trinamool to Malda South.

There is one twist that the Congress and the Left, however, still need to untangle. While six seats are settled between Congress and CPM, partners of the CPM in the Left Front will stake claim to seats too - their numbers could complicate Congress aspirations to contest at least 16 more seats.