Priyanka Gandhi Asks Congress Workers If They Are Prepared - For 2022

Lok Sabha elections 2019: Priyanka Gandhi was heard asking party workers in Amethi, the constituency of her brother and Congress president Rahul Gandhi, about their preparations for the Uttar Pradesh assembly polls 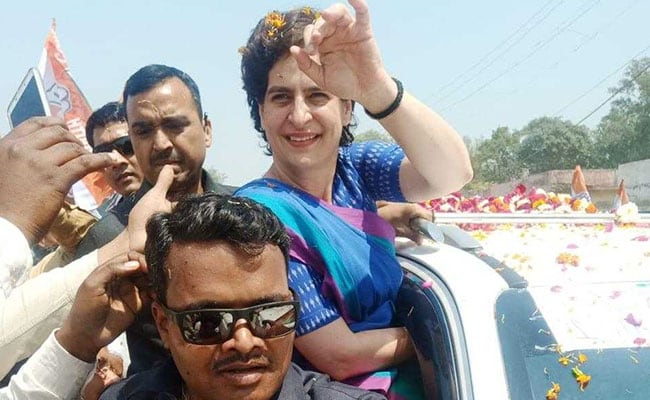 Priyanka Gandhi was heard asking party workers in Amethi, the constituency of her brother and Congress president Rahul Gandhi, about their preparations for the polls. "Is waale ki nahin, 2022 waale ki (not this one, for 2022)," she added. The Congress leader, who joined active politics about a month ago, had stopped her SUV while travelling overnight between Amethi and Raebareli - her mother Sonia Gandhi's constituency.

The Congress workers responded by saying they would win the national polls, due in two weeks, anyway but they were preparing hard for 2022 too.

When Rahul Gandhi had announced his sister's appointment in January, he had emphasised that both Priyanka and Jyotiraditya Scindia had been tasked with working in UP beyond the general election, for the next state polls.

Analysts have suggested that the party's strategy of bringing in the younger and more charismatic Gandhi sibling is designed for more impact in the 2022 assembly polls in UP. To support their argument, they say there is too little time for Priyanka Gandhi to make a dent in the national election.

The Congress, once a dominant player in UP politics, languished over the past 30 years, beaten by regional players Samajwadi Party-BSP and even the BJP. The 2009 national election saw a revival of sorts for the party when it won 21 of the 80 seats in the state. But in the very next election, the party was almost wiped out in the BJP wave. It was reduced to only in the Gandhi family seats of Amethi and Raebareli.

The last Congress chief minister in Uttar Pradesh was ND Tiwari, way back in 1989. In the 2017 assembly elections in UP, the Samajwadi Party of Akhilesh Yadav tied up with the Congress but the alliance flopped miserably and the BJP swept to power.

The Congress won less than 10 of the 403 assembly seats.

On record, the Congress says Priyanka Gandhi's immediate focus in the national election and that's why she is making multiple visits to the state and also carrying out innovative campaigns. But party sources point out they will be in a position to fight the other political formation in UP - the Samajwadi Party-BSP combine - in a much better fashion only by 2022, if Priyanka Gandhi's connect with voters and workers can revive the party at the grassroots level.