President Ram Nath Kovind and his wife Savita Kovind went to polling booth number 10 within the Rashtrapati Bhavan premises to cast their vote. 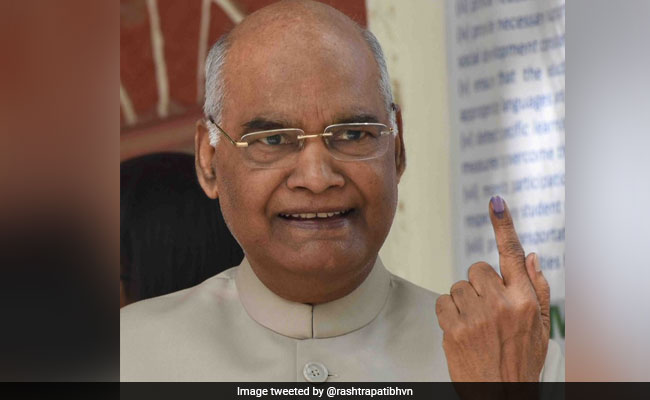 President Ram Nath Kovind and his wife Savita Kovind, exercised their franchise today as Delhi went to polls in the penultimate phase of the Lok Sabha elections.

President Kovind, along with the First Lady, went to polling booth number 10 within the Rashtrapati Bhavan premises in the morning to cast their vote. This is the first time that President Kovind has exercised his voting right after taking over as the President of India in July 2017.

Polling is being held for 59 Lok Sabha seats today to decide the fate of as many as 979 candidates. 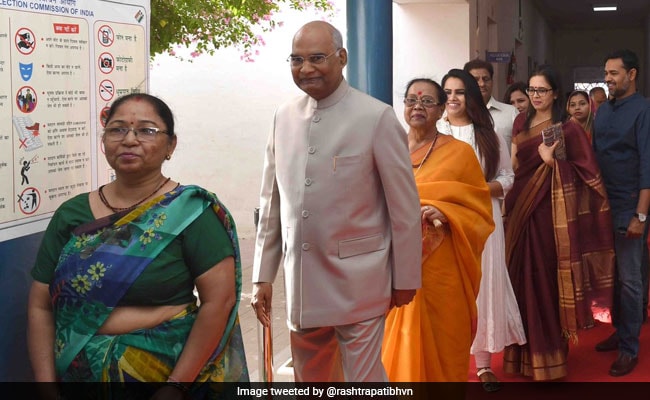 President Kovind, along with the First Lady, went to polling booth number 10 within the Rashtrapati Bhavan premises to cast their ballot

While the seven seats in the national capital are at stake, voting is taking place in 14 seats in Uttar Pradesh, 10 in Haryana, 8 each in Bihar, Madhya Pradesh and West Bengal, and 4 in Jharkhand.

The prominent among those in the fray are former chief ministers Akhilesh Yadav from Azamgarh in Uttar Pradesh, Digvijaya Singh from Bhopal in Madhya Pradesh, Bhupinder Singh Hooda from Sonepat in Haryana and Sheila Dikshit from North-East Delhi.

While former Union minister and RJD veteran Raghuvansh Prasad Singh is in the race from Vaishali in Bihar, Congress general secretary Jyotiraditya Scindia is contesting from Guna in Madhya Pradesh.

The seventh and last phase of elections will be held on May 19 and counting of votes will take place on May 23.