No Bar On Candidates Charged With Murder, Rape in Election: Foreign Media

Lok Sabha elections 2019: The proportion of candidates with criminal cases against them was 17 per cent in 2014 election, up from 15 per cent in 2009 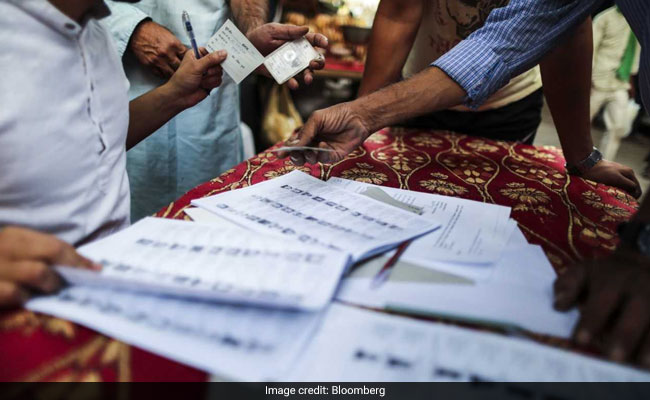 Elections 2019: About 19 per cent of those standing in the election face criminal charges

Almost one in every five candidates contesting in India's election is accused of committing a heinous crime, according to independent analysis.

About 19 per cent of those standing in the election face charges including rape, murder and kidnapping, New-Delhi based Association of Democratic Reforms said on Monday, citing signed affidavits submitted to the Election Commission.

"There is a continuous increase in the proportion of candidates who have criminal cases against them," said Jagdeep Chhokar, a founding member of ADR. "Everyone, including voters and political parties, need to think why people with criminal cases are given tickets."

India's law bars a person convicted of any offence and sentenced to an imprisonment of two years or more from fighting elections. Those facing charges are free to run as the judicial system can take decades to resolve a case. The proportion of such candidates was 17 per cent in 2014 election, up from 15 per cent in 2009. 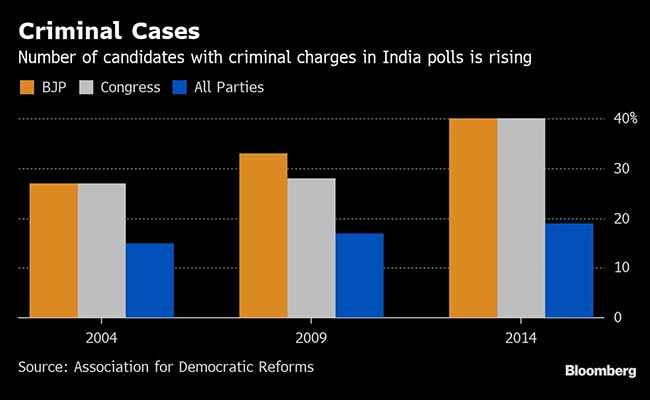 As many as 900 million Indians are voting in the world's biggest election that will conclude on May 23. India's enforcement agencies have so far seized cash, liquor, drugs, gold and other contraband worth Rs 34 billion ($484 million) as politicians try to win over voters.

That explains the rise of millionaires in the world's costliest polls. About 29 per cent of the candidates have declared assets of more than Rs 10 million, compared with 27 per cent in 2014. The percentage is as high as 83 per cent for both the ruling BJP and rival Congress, the research showed.