Supriya Sule filed her nomination from Maharashtra's Baramati, a Lok Sabha constituency she has held since 2009. 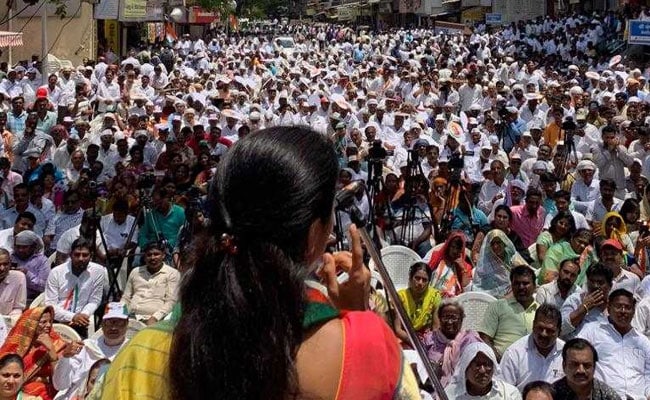 Nationalist Congress Party (NCP) leader Supriya Sule today accused the ruling BJP of abandoning the cause of development in favour of "personal agenda" at a massive rally held in Baramati, her Lok Sabha constituency. She then filed her nomination from the seat, which she has retained since 2009.

"It's hilarious that the BJP is accusing us of nepotism... they should see their own list first," news agency ANI quoted Ms Sule as saying at the rally. "The ruling party is taking its personal agenda forward because they have nothing to say as far as development is concerned."

Ms Sule, the daughter of NCP chief Sharad Pawar, hopes to be elected from Baramati for the third time in a row. She will be taking on Kanchan Kul, the wife of Rashtriya Samaj Paksha (RSP) assembly lawmaker from Daund, in the electoral contest. She had defeated the regional party's Mahadev Jankar by over 70,000 votes in 2014. 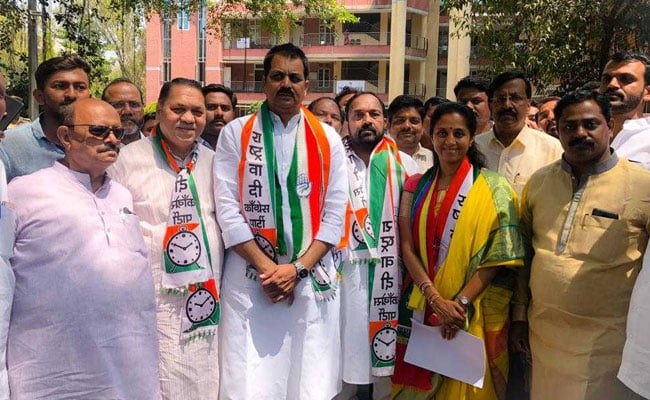 Supriya Sule with party colleagues after filing her nomination from Baramati.

The parliamentarian thanked voters as well as political allies for "placing their faith" in her. "This election is all about progress, an opportunity to do better work. Everybody has seen the work I have done both in Parliament and my constituency," ANI reported her as saying.

Ms Sule, a recipient of the Best Parliamentarian Award, faces a challenge from the BJP as it tries to make inroads into western Maharashtra -- a region considered as the NCP's home turf. In a breather for the parliamentarian, the NCP has managed to placate the Congress' Harshvardhan Patil and asked his supporters to campaign for her.

Mr Patil's decision to support Ms Sule is crucial, especially as he was upset over his defeat by the NCP's Dattatray Bharne in the October 2014 state assembly elections, when the two parties fought separately. His base, Indapur, forms a crucial part of the Baramati constituency.