PM Narendra Modi has added the prefix "Chowkidar (watchman)" to his Twitter profile as part of the BJP's "Main Bhi Chowkidar" campaign on social media. 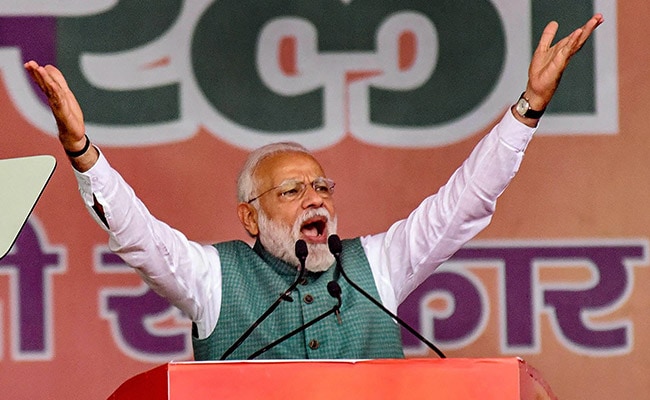 BSP chief Mayawati, in a tweet, took a jibe at PM Narendra Modi over the BJP's "Chowkidar" campaign

Mayawati, reacting to the BJP's "Main Bhi Chowkidar" campaign for which Prime Minister Narendra Modi has added the prefix "Chowkidar (watchman)" to his Twitter profile, rewound to another viral term that the BJP had used to spectacular advantage in its 2014 election campaign - "chaiwala (tea-seller)".

Since its launch on Saturday, #MainBhiChowkidar has featured in nearly two million tweets. After PM Modi introduced it in his tweet, leading to a rash of BJP leaders mimicking him, the hashtag trended worldwide and stayed in India trends for two days.

Mayawati, the leader of the Bahujan Samaj Party (BSP) that has formed an alliance with bitter rival Samajwadi Party in Uttar Pradesh to take on PM Modi and his party in next month's national election, came out with a caustic tweet this morning.

After BJP launch 'Mai Bhi Chowkidar' campaign, PM Modi & others added the prefix 'Chowkidar' to their Twitter handles. So now Narendra Modi is Chowkidar & no more a 'Chaiwala' which he was at the time of last LS election. What a change India is witnessing under BJP rule. Bravo!

PM Modi's campaign in the 2014 national election was greatly powered by his account of a "chaiwala" or tea-selling stint in his teens. The BJP came to power with a giant mandate, wiping out the Congress after two terms.

The Prime Minister, over the years, pitched himself as a chowkidar (guard) fighting corruption. Rahul Gandhi has used the same term to target PM Modi over the Rafale jet deal: "Chowkidar chor hai".

In an attempt to turn that around ahead of the national election, the BJP launched its "chowkidar" campaign.

Many opposition leaders have again used the campaign to target the government on the lack of jobs, scoffing that the only employment available now is as "chowkidar".