Laxman Gilua cited the Balakot air strike and the surgical strikes carried out after the Uri terror attack to claim that the BJP-ruled centre has always avenged Pakistan's acts of aggression. 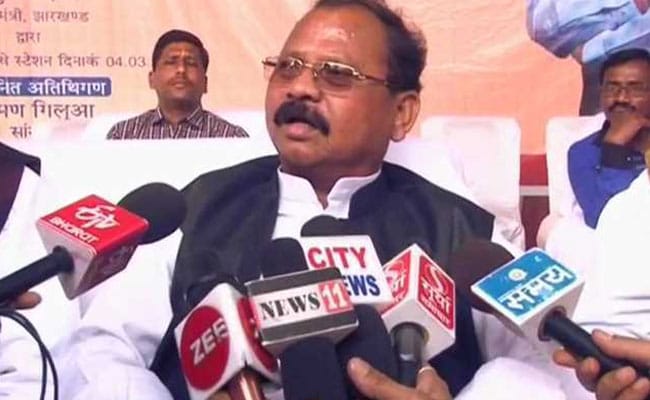 Laxman Gilua said the centre took action against terror camps over 12 days after the Pulwama attack.

After Karnataka BJP chief BS Yeddyurappa, his counterpart in Jharkhand has raked up a controversy by suggesting that the recent air strike on a terrorist camp in Pakistan's Balakot will help the ruling party in the Lok Sabha elections. "BJP will win all 14 seats in the Jharkhand, our surveys tell us that," state party chief Laxman Gilua said yesterday. "After all, our Indian Air Force finished the terrorist training camp in Pakistan just over 12 days after they killed our soldiers in the Pulwama suicide attack."

Mr Gilua cited the surgical strikes carried out after the Uri terror attack to claim that the BJP-ruled centre has always avenged Pakistan's acts of aggression. "We entered Pakistan-occupied-Kashmir and killed those people, okay? Then we told the Pakistan Foreign Secretary to pick up the bodies of the terrorists," he said.

The Jharkhand leader's comments came a week after India launched an air strike on the Balakot terror camp, spurring the neighbouring country to send F-16 fighters across the border the next day. The hostilities followed the death of 40 CRPF soldiers in a terror attack in Jammu and Kashmir's Pulwama on February 14.

Opposition parties have warned the Narendra Modi government against politicising the Balakot air strike for electoral purposes. Despite this, references to the incident have kept emerging at BJP rallies in the run-up to the Lok Sabha polls, expected to be held by May.

BJP chief Amit Shah said at an election rally on Sunday that the centre had given terrorists a "befitting reply" after the Pulwama suicide attack. "After Uri, our forces went into Pakistan and carried out surgical strikes... After Pulwama, everyone thought there could be no surgical strikes, so what can happen? But under PM Modi's leadership, the government carried out an air strike on the thirteenth day and killed more than 250 terrorists," he declared.

On February 28, Mr Yeddyurappa claimed that the Balakot air strike has given rise to a "pro-Modi wave across the country" that would help the BJP win over 22 seats in Karnataka. The Karnataka BJP chief later backtracked, saying that he was quoted out of context.

However, PM Modi slammed the opposition for claiming that the BJP was using the air strike to garner votes. "Was there any election when we conducted the surgical strike for the first time? I am only concerned about my country's security," he said at a rally in Ahmedabad yesterday.

The BJP has now reworked its campaign strategy to centre it on nationalism, with the slogan "Modi hai toh mumkin hain (Everything is possible with Modi around)". Sources said all this would be wrapped up in the party's campaign song, which is being penned by lyricist Prasun Joshi.