Rajasthan will vote for the Lok Sabha elections on April 29 and May 6, with results set to be declared on May 23. 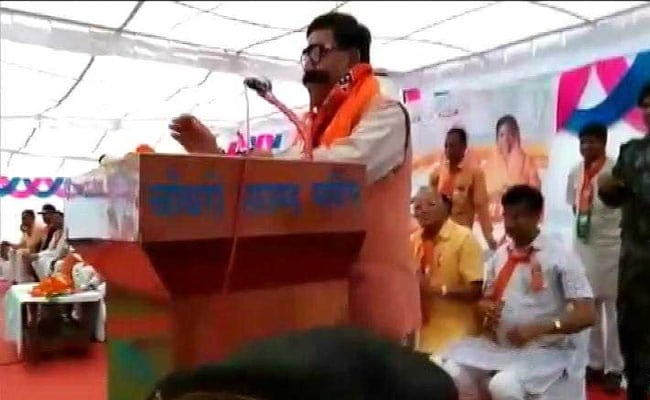 A senior BJP leader in Rajasthan has sparked a controversy, comparing Congress president Rahul Gandhi and sister Priyanka Gandhi Vadra to the mythological demon king Raavan and his sister Shurpanakha.

Known for his offensive remarks against political opponents and incendiary speeches aimed at minorities, Rajasthan BJP vice-president Gyan Dev Ahuja in his latest said Rahul Gandhi is taking help at this "hour of need" from his sister Priyanka Gandhi Vadra, just like Raavan sought Shurpanakha's help in the Treta era as told in the Ramayana.

Addressing a public gathering at Munda in Alwar district on Tuesday, Mr Ahuja said, "According to Hindu mythology, the first era was Satyug in which Hiranakashyap took the help of his sister Holika after getting into trouble. In the Treta era, Ravana sought Surpanakha''s help. Similarly, in Kalyug, Baba Rahul Gandhi is taking the assistance of his sister Priyanka in the hour of crisis. I don't need to say much but we all know what happened to Holika and Surpanakha."

Continuing his tirade against the Congress, Mr Ahuja claimed that Prime Minister Narendra Modi has "created such a situation" that Rahul Gandhi and Priyanka Gandhi Vadra are being forced to visit temples. "The family which was completely atheist is now becoming a believer for the sake of politics but the public will not fall for their tricks," he added.

Rajasthan will vote for the Lok Sabha elections on April 29 and May 6, with results set to be declared on May 23.

In the past, Mr Ahuja has compared Rahul Gandhi with Mughal emperor Aurangzeb, suggesting that the Congress "empire" was coming to an end.

In November last year, ahead of state election in Rajasthan, Mr Ahuja was charged for violating the model code of conduct by allegedly distributing money to his supporters during a rally before filing nomination papers.