These programmes come in the backdrop of India's "non-military, pre-emptive air strikes" carried out across the Line of Control early this morning. 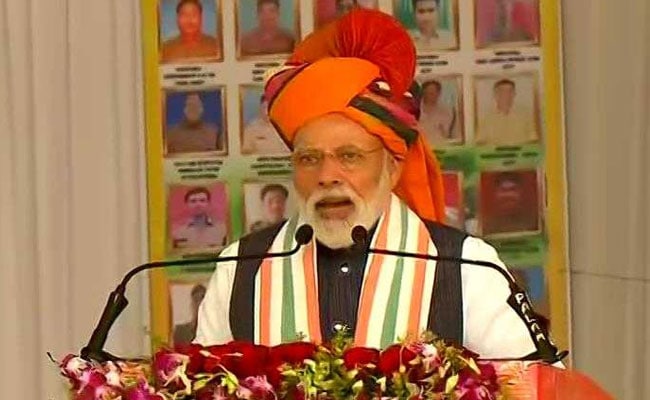 Ahead of the Lok Sabha elections due in a few weeks' time, Congress and the BJP are at their best when it comes to campaigning. While Rahul Gandhi, at a rally in Assam, assured the northeast people of special status, PM Modi addressed ex-servicemen in Rajasthan and an event in Delhi's ISKCON temple. These programmes come in the backdrop of India's "non-military, pre-emptive air strikes" carried out across the Line of Control early this morning. Some 300 terrorists were killed in the Indian Air Force strike at around 3.30 am, top government sources have told NDTV.

Here are the Highlights of today's events of the Congress and the BJP:

Feb 26, 2019 17:52 (IST)
Rahul Gandhi visited a hospital  to meet two persons, who were injured in the violence that broke out in Itanagar recently, over granting Permanent Residence Certificate (PRC) to non-natives in Arunachal.

The doctors informed Gandhi that both the patients were undergoing treatment for compound fractures.

The Congress chief, who was here to address a public rally, travelled to the hospital soon after landing at the LGB International Airport.

He also spoke to the attendants of the patients.

"We will look into it," he told them while speaking about the violence in Itanagar.

"The doctors here are looking after them properly...Don''t worry," the Congress president told them.
Feb 26, 2019 17:36 (IST)
Rahul Gandhi speaks in Assam
You guys...block presidents, all the members are the backbone of the party. I told Sangma ji that I would like to hold meeting with block presidents  who represent our parties in the northeast. 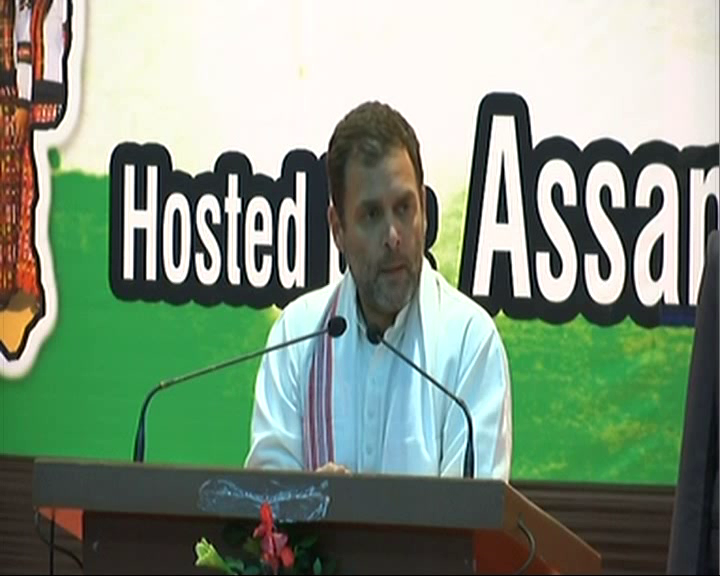 Feb 26, 2019 17:33 (IST)
Prime Minister Narendra Modi attacked the Congress government in Rajasthan, saying it is denying the small farmers the benefit of the direct cash transfer scheme of his government by not providing a list of those eligible.
There should not be politics on such an issue, he said at a public rally.
"Rajasthan has not provided list of farmers for the scheme launched by the Centre. Welfare of poor and farmers is the priority of our government but it is sad that schemes meant for them are subjected to politics," he said.
"You should not worry. We are after them and will make sure that they submit the list and the benefits reach the farmers," the prime minister said referring to the recently launched PM Kisan Samman Yojna.
"The first instalment of Rs 2,000 was transferred to the bank accounts of more than one crore farmers of the country under the PM Kisan Sammna Nidhi Yojna launched from Gorakhpur of Uttar Pradesh. We are going to give this benefit to more than 12 crore small farmers'' families and more than 50 lakhs farmers from Rajasthan," he said.
PM Modi said there is not a single farmer from Rajasthan among those benefited because the state government has not provided a list of beneficiaries to the Centre.
He added that states like Uttar Pradesh, Bihar, Gujarat and Tamil Nadu have already provided their lists to the Centre.
PM Modi said Rs 7.5 lakh crore would be transferred to the bank accounts of small farmers under the PM-Kisan scheme.
In the interim Budget 2019-20, the central government had announced the PM-Kisan scheme under which Rs 6,000 per year will be given in three instalments to 12 crore small and marginal farmers holding cultivable land up to two hectares.
Referring to the Ayushmaan Bharat scheme, the PM said more than 13 lakh people in the country have received free treatment under the drive but not a single person from Rajasthan was among them as the Congress government has showed no seriousness to associate with the programme.
The prime minister said the country was moving ahead with the sentiment of ''Jai Jawan, Jai Kisan and Jai Vigyan'' and his government was working on the ''Sabka Saath Sabka Vikas'' model.
"We are trying to achieve such targets which no one could think of achieving before," he said, highlighting the number of affordable houses constructed for the poor in the last four years.
PM Modi said the GST council recently decided to slash the GST rate on affordable housing and hence, middle class families were now able to realise the dream of owning a house.
He said while the interest rate on home loans was more than 10 per cent during the previous government, it has now come down to 8-9 per cent.
Along with this, he said the definition of affordable houses has been revised and now, houses with carpet area of up to 60 square metres in Delhi-NCR, Bengaluru, Hyderabad, Chennai, Mumbai and Kolkata will be considered as affordable houses and houses of up to 90 square metres carpet area in non-metro cities will be considered as affordable houses.
Feb 26, 2019 17:17 (IST)
PM Modi speaks at Iskcon event in Delhi
Here are the main pointers of his speech: 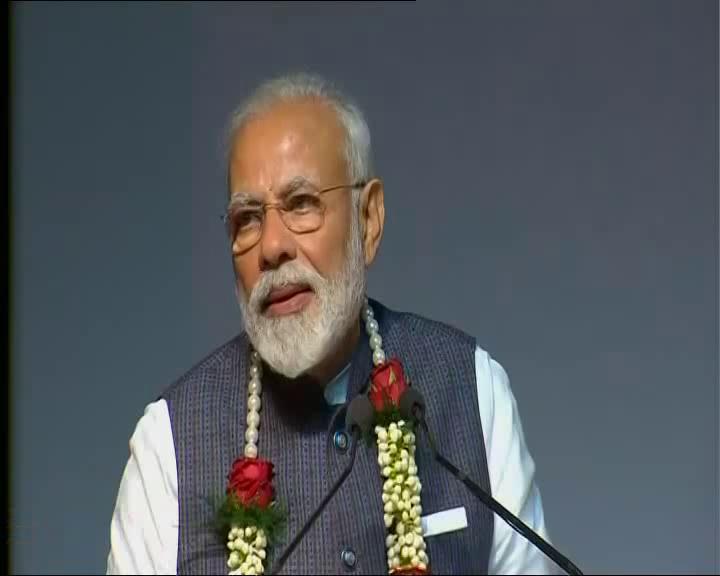 Feb 26, 2019 17:15 (IST)
Congress president Rahul Gandhi Tuesday asserted that his party will protect the culture, history and language of the northeast if voted to power.

Kicking off the poll campaign in Assam, Mr Gandhi attacked the BJP and the RSS, accusing them of "burning" every state in the region.

"The BJP-RSS ideology is burning every state in the northeast. They are attacking your lifestyle, culture, language and history...," he said.

Mr Gandhi confidently said that the Congress will come to power at the Centre and work towards protecting the identity of the region.

He also promised to restore ''special status'' to Assam and bring back the North East Industrial and Investment Promotion Policy (NEIIPP).

"BJP snatched away the rights of the people of the northeast. We'll do everything to restore them," he asserted.
COMMENT

Expressing grief over the recent hooch tragedy in Assam's tea belt, the Congress chief said, "Narendra Modi made big announcements for tea gardens, but did nothing. We will guarantee minimum wage to every estate worker."
Feb 26, 2019 15:14 (IST)
"BJP snatched away the rights of the people of the northeast. We'll do everything to restore them," Rahul Gandhi said in Guwahati.
Feb 26, 2019 14:55 (IST)
"We remember Maneshwar Basumatary (a native of Assam) who was a martyr in Pulwama attack and we congratulate the pilots of the Air Force": Rahul Gandhi addressing a rally in Assam's Guwahati 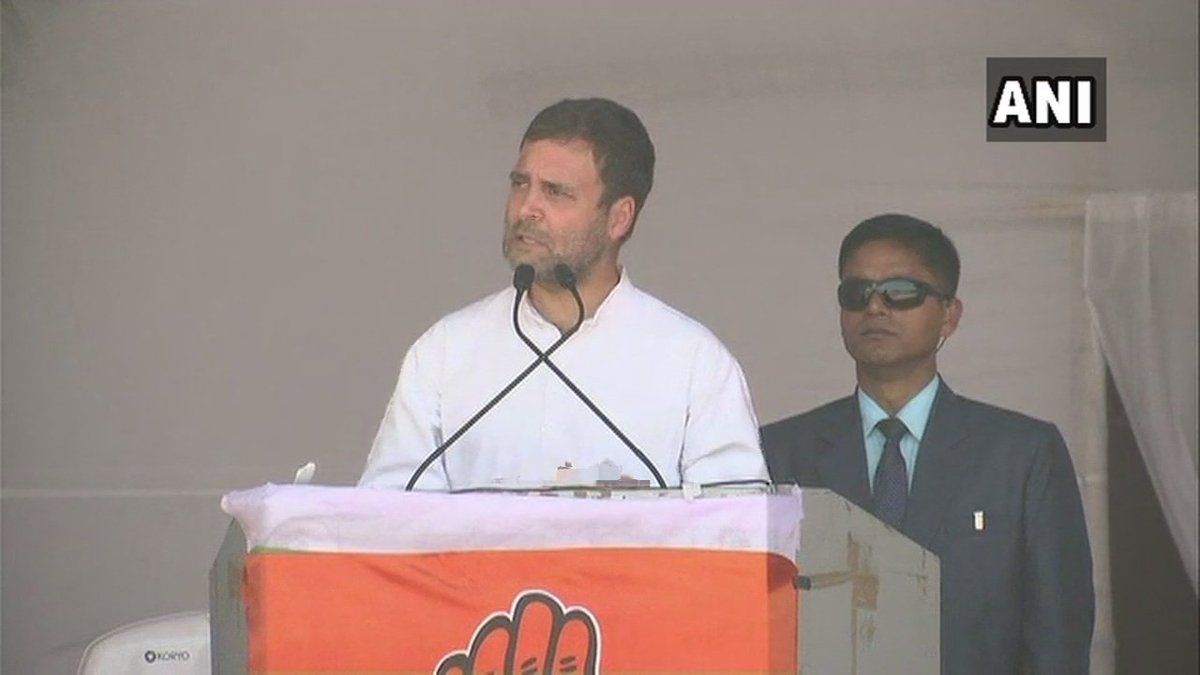 Feb 26, 2019 14:46 (IST)
Addressing a public rally in Assam, Congress president Rahul Gandhi slammed the BJP and the RSS for attacking culture, language, history of every northeast state. He assured that if voted to power, the Congress will restore ''special status'' to Assam. "Congress will ensure minimum wage guarantee for tea labourers," Mr Gandhi said, accusing Prime Minister Narendra Modi of doing nothing for tea garden workers.
Feb 26, 2019 14:41 (IST)
Today, whatever work is being done... whatever you see around you... be it a strong economy, or ease of business... a bold and strong government, or ability to bring out bold reforms... it is all possible because of a strong government... and do you know what makes us strong? Do you know where this strength comes from? Do you know the source of all this? It is not Modi.. it is you... It is because you your one vote... It is your votes that gives us this strength.... India needs a strong government and I am sure that your vote this time will give us even more strength to carry on our work to take India to new heights: PM Modi at Rajasthan's Churu
Feb 26, 2019 14:25 (IST)
My govt has made the impossible, possible.... The state government must not hinder the Centre's support to farmers: PM Modi in Churu
Feb 26, 2019 14:19 (IST)
I salute all the armed forces... and I salute all fellow Indians... your pradhan sevak bows to you...: PM Narendra Modi
Feb 26, 2019 14:13 (IST)
I vow that I will not let the country bow down: PM Narendra Modi at a public rally in Churu.
Feb 26, 2019 14:12 (IST)
Today, I sense an enthusiasm... Together, say with me "Bharat Mata Ki": Prime Minister Narendra Modi at a rally in Rajasthan's Churu
Feb 26, 2019 14:11 (IST)
PM Narendra Modi says "assure you, country is in safe hands" at Rajasthan rally hours after India strikes Jaish terror camp in Balakot.
Feb 26, 2019 14:07 (IST)
I appeal to you all to salute all our soldiers today... I assure you all that the country is in safe hands: PM Modi says in Rajasthan's Churu