"Confident We Will Get Majority, Modi Will Become PM": Nitin Gadkari

Rumours that Nitin Gadkari could be the likely PM candidate of the BJP in case of a fractured poll mandate keep circulating in political circles intermittently in the run-up to the Lok Sabha election. 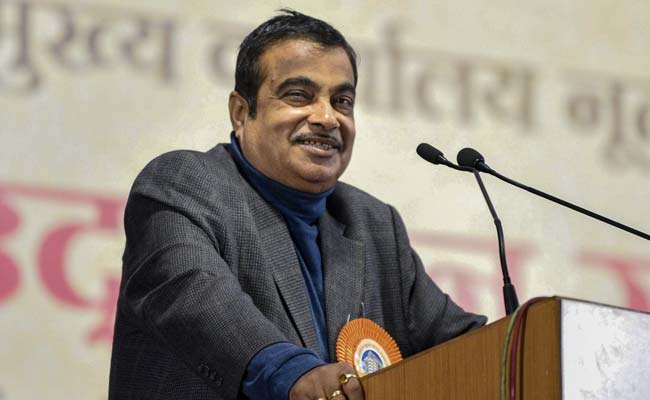 Nitin Gadkari said, "we should raise the level of debates. It is the duty of all the stakeholders."

Seeking to set the record straight on the prime ministerial "ambitions" attributed to him by certain sections, Union minister and senior BJP leader Nitin Gadkari has said the saffron party would secure a majority in the Lok Sabha polls starting April 11 and Narendra Modi would become the prime minister once again.

The Minister for Road, Transport and Highways told PTI in an interview that in a democracy, the prime minister decides on allotment of portfolios.

"It is the right and privilege of the prime minister to give a department to a minister. I am confident that we will get a majority and Modiji will become the prime minister again," Mr Gadkari said, replying to a query on whether he was harbouring prime ministerial ambitions if the Bharatiya Janata Party (BJP) was voted to power once again.

Rumours that Mr Gadkari could be the likely PM candidate of the BJP in case of a fractured poll mandate keep circulating in political circles intermittently in the run-up to the Lok Sabha election.

The perception got strengthened when UPA chairperson Sonia Gandhi, along with other Congress members in the Lok Sabha, appreciated Mr Gadkari for the "wonderful" work he had been doing in improving the country''s infrastructure.

Mr Gadkari, who is believed to enjoy the RSS's support, dismissed that he harboured any such ambitions.

Asked if some motormouth leaders in his party were responsible for diverting people's attention from the welfare schemes of the government, he said the "democratic" BJP had always taken measures to ensure judicious use of language.

"Official spokespersons are responsible (for putting forth the stand of the party). However, at times, some sections of the media are keenly interested in creating more controversies," he added.

Mr Gadkari, the BJP candidate from Nagpur, also suggested that instead of creating controversies, one should speak about subjects of national importance.

"India is the largest democracy in the world. Now, it is time for the political parties and the media to talk about economic policies and development-related issues. We should raise the level of debates. It is the duty of all the stakeholders in democracy," he said.

Mr Gadkari, who had defeated the Congress's Vilas Muttemwar in the 2014 parliamentary election, is facing BJP rebel Nana Patole, who has been fielded by the Congress this time.

Asked about the approximate percentage of voters who got benefitted by the government's schemes and whether they would vote for the BJP, Mr Gadkari said the voters themselves would take a decision on that.

"It is the duty of the government to frame good policies for the welfare of people. After that, it depends on the people. It is their right and freedom who they want to vote for. We should not expect that when we do something for people, we will get votes. It is up to them to decide," he said.