The BJP put on hold the names of nominees for Ranchi, Chatra and Koderma. Sources in the BJP say that all the three sitting leaders may be denied tickets. 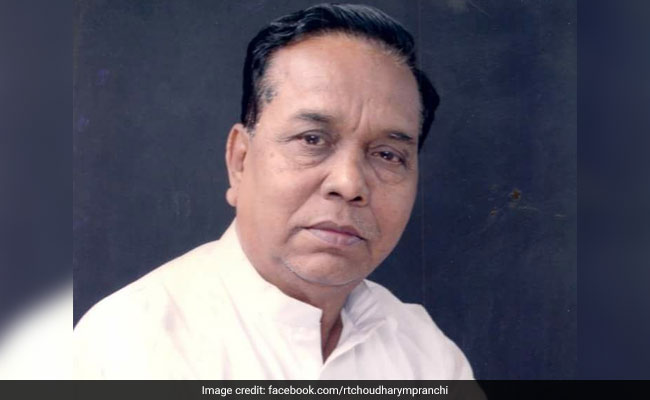 Jharkhand's ruling BJP is facing rebellion from Ranchi lawmaker Ram Tahal Choudhary as the party is likely to deny him ticket for the Lok Sabha polls.

Ram Tahal is a five-time Lok Sabha member. The BJP announced its candidates for 10 of the 14 Lok Sabha seats last week.

The BJP put on hold the names of nominees for Ranchi, Chatra and Koderma. Sources in the BJP say that all the three sitting leaders may be denied tickets.

The BJP has already denied ticket to former Lok Sabha Speaker Karia Munda from Khunti and Rabindra Pandey from Giridih. Karia Munda has been replaced by former Chief Minister Arjun Munda and Giridih parliamentary seat has been given to NDA ally All Jharkhand Students Union (AJSU) party.

"If the party denies me ticket, I will fight as an independent candidate. I have been part of the Jan Sangh when no one wanted to be associated with it. My political career is spotless. I have relatives in all Assembly constituencies of Ranchi," Ram Tahal told reporters.

"There are five lakh voters from my caste in Ranchi," he added.

Sources in the BJP say it is looking for a suitable Vaishya candidate for the Ranchi Lok Sabha seat. The probable names doing the rounds are senior BJP leader Aditya Sahu and Hatia legislator Naveen Jaiswal.

The BJP is likely to field Annapurna Devi from the Koderma Lok Sabha seat. She was state president of the RJD and four-time legislator from Koderma. She joined the BJP on Monday.