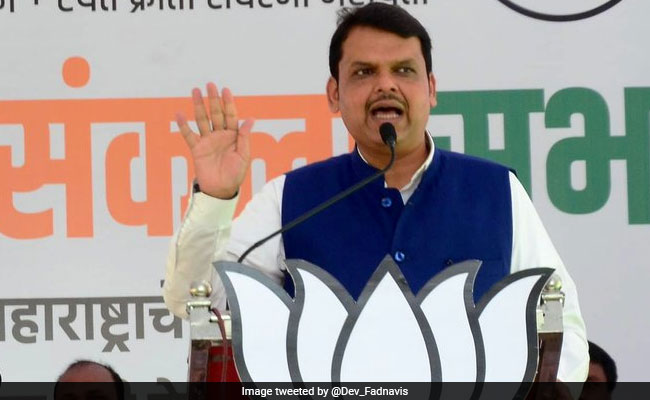 Slamming Raj Thackeray for his criticism of the BJP and Prime Minister Narendra Modi, Maharashtra Chief Minister Devendra Fadnavis today said the MNS chief was "dancing at others' weddings".

"Raj Thackeray is dancing at others' weddings," the chief minister said.

At a rally in Nanded on Friday, the MNS chief had criticised PM Modi and Mr Fadnavis, saying while the drought situation in Maharashtra was tense and its regions were fighting for water, the chief minister and the PM conspired to divert Godavari water to Gujarat. Mr Thackeray alleged Mr Fadnavis was a "planted" chief minister.

Responding to the allegations, Mr Fadnavis said Mr Thackeray does not have to fight elections and so he can speak anything without proof. "Raj Thackeray says I am a planted chief minister. However, I have been planted by the people of the state. They politically finished your existence and made you sit at home," the chief minister said.

Mr Fadnavis pointed out that the treaty to send Maharashtra's water to Gujarat was made by former chief minister Ashok Chavan through the Naar-Paar project and, on the contrary, he had ensured that Maharashtra got its rightful share of water.

It was Ashok Chavan who made agreement against Maharashtra's interest in 2010 and we cancelled that water agreement.

Shameless Congress and NCP should answer who is responsible for underdevelopment in Marathwada? #ModiAgainSaysIndiapic.twitter.com/TaokohHlbb

"Some years ago, Ashok Chavan used to say Raj Thackeray is scaring people and now he is using him on rent. The situation for him (Mr Chavan) is so bad he needs to get people on rent. While we take election stage on rent, they get people on rent," Mr Fadnavis said.