The controversy first erupted when Smriti Irani posted a video of the patient's relatives making the allegation on her Twitter page. 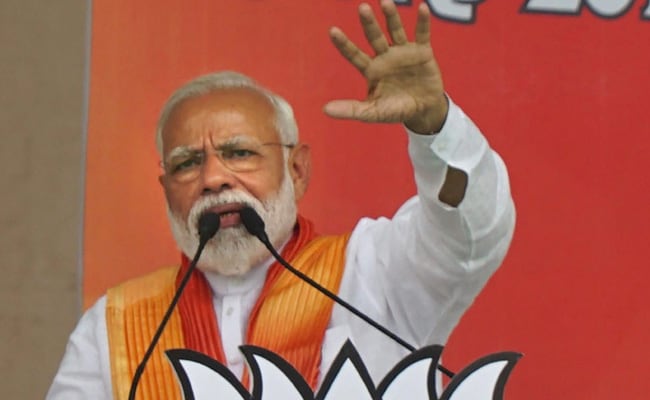 Narendra Modi brought up the allegation to target Rahul Gandhi at a rally in Gwalior.

Authorities of the Sanjay Gandhi Hospital in Amethi on Sunday denied allegations that they had turned away a man in need of medical attention just because he was a beneficiary of the central government's National Health Protection Scheme. The allegation was cited by both Union Minister Smriti Irani and Prime Minister Narendra Modi to target Congress president Rahul Gandhi, who they said was a trustee at the medical institution.

"It's a baseless allegation. We have treated 200 patients under the scheme so far," said SM Choudhary, Director of the Sanjay Gandhi Hospital in Amethi.

The Ayushman Bharat Yojana or Pradhan Mantri Jan Arogya Yojana is a centrally sponsored scheme launched under the Ayushman Bharat Mission in 2018. It aims to address healthcare holistically by making interventions in primary, secondary and tertiary care systems covering both preventive and promotive health.

The controversy first erupted when Smriti Irani posted a video of the patient's relatives making the allegation on her Twitter page. It showed a man saying that the staffers at the hospital had rejected his ailing uncle's Ayushman Bharat card on the grounds that "the hospital belongs to Rahulji and not Yogi or Modi". He also claimed that his uncle died on April 26 for want of medical assistance.

Smriti Irani's caption for the video was scathing. "I have been left speechless. I never imagined that anybody could fall so low. They let a poor man die just because he held an Ayushman Bharat card and the hospital belonged to Rahul Gandhi," it read.

The Prime Minister, for his part, brought up the allegation at an election rally in Madhya Pradesh's Gwalior on Sunday. "There is a hospital in Amethi whose trustee is a person from the 'naamdar (dynastic) family'. A few days ago, a poor man went there for treatment with his Ayushman card. But the hospital refused to treat him because he was carrying the Ayushman Bharat card given by my government," PM Modi said.

While Rahul Gandhi takes on Smriti Irani in Amethi today, Gwalior will go the polls as part of the sixth phase of the Lok Sabha elections on May 12.