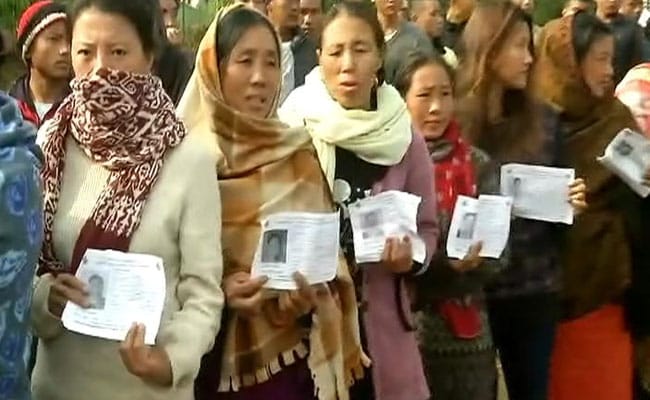 Voting in the lone Lok Sabha parliamentary seat ended peacefully on Thursday, with an estimated 78 per cent voter turnout.

"Polling has been conducted in a free, fair and peaceful manner with no report of major incidents," Mr Sinha said.

However, he said there were reports of snags in some electronic voting machines (EVMs) but these were quickly replaced.

Chishi, the richest candidate in the fray, is backed by the opposition Naga People's Front.

"We are confident of winning the election with a comfortable margin," Rio told news agency IANS.

Eighty-three per cent of the 12,482 voters cast their votes to elect their new member to the Nagaland assembly from Aonglenden constituency.

The by-election was necessitated due to death of NDPP legislator Imtikumzuk in September 2018.